Apple’s iOS 13 looks like a fantastic update. It includes a real solution to robocalls, privacy improvements, Android-style power user features, and many fixed annoyances. After spending my smartphone years with Android and Windows Phone, now I want an iPhone.

A Real Solution to Robocalls 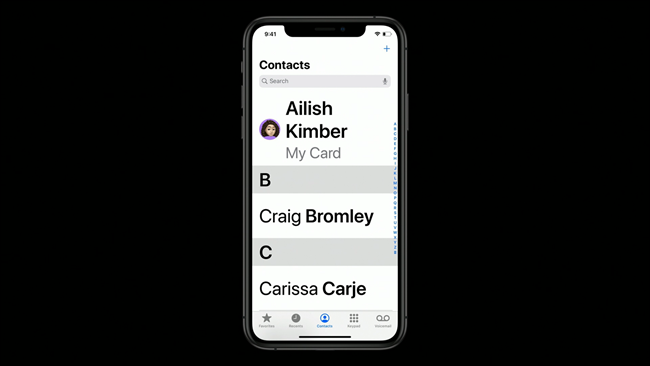 Robocall-blocking is the best new feature in iOS 13. The “Silence unknown callers” option solves the biggest annoyance of owning any phone at all. With this feature turned on, your iPhone will check the incoming call against numbers in your Contacts, Mail, and Messages. If it finds a match, your phone will ring. If it doesn’t, the call goes straight to voicemail.

Robocalls are a modern technological plague that seemingly touches everyone. The best advice for handling them is to stop answering your phone. One of the main issues with that advice is you still get interrupted by your phone ringing, fighting for your attention for a call you don’t need. It takes up your iPhone’s entire screen, too.

If the only new feature coming to iPhones were Silence Unknown Callers, that would be enough reason to switch. But isn’t the only feature. There’s a lot more than that.

It seems like everybody is tracking you all the time. Sometimes apps request location tracking whether or not the app needs it. And even apps that have a legitimate use for your location, like providing weather reports, often track you when you aren’t actively using the app and then sell your data later.

Preventing that behavior is challenging too. You can disable all location tracking, but then some of your apps will be useless (like weather apps). Or, you can manually enable and disable location tracking each time you use an app. But that requires digging through a long list of settings, and that’s just cumbersome.

And apps that track you through Bluetooth and Wi-Fi without telling you? Apple is putting a stop to that, too. Android doesn’t offer anything close to this level of location security.

It’s not uncommon to see “Sign In with Google” or Sign In with Facebook” buttons on websites and in apps. They’re easy—you don’t have to create another account with another password. But they’re not very private. When you use that option, you agree to hand over information to a company you may know taken from your accounts. Google or Facebook learns more about what you’re doing, too.

Source: https://www.howtogeek.com/424869/ios-13-looks-amazing.-now-i-want-an-iphone/
Proactive Computing found this story and shared it with you.
The Article Was Written/Published By: Josh Hendrickson