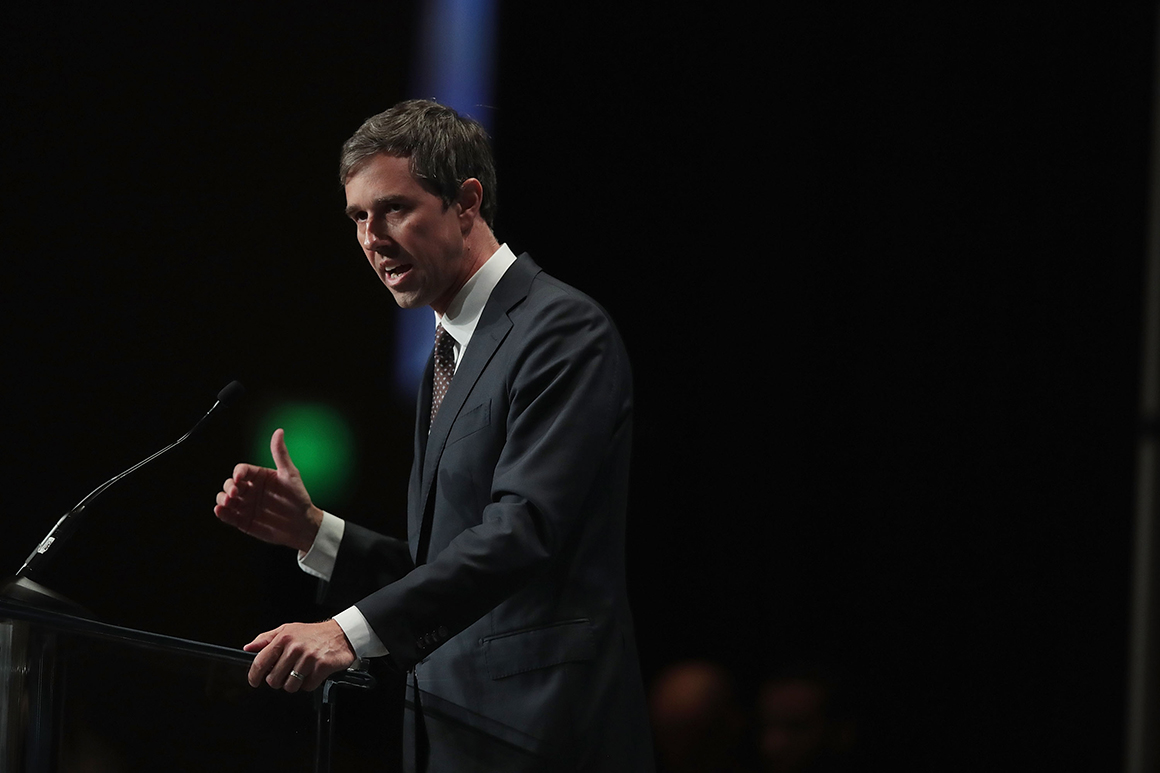 Beto O’Rourke once made a point of refusing to criticize his rivals. And when it came to Joe Biden, he offered effusive, frequent praise.

But that was when O’Rourke was ascendant in the Democratic presidential primary.

Now lagging in public opinion polls, the former Texas congressman on Thursday issued a sharp rebuke of the former vice president, saying his nomination would mark a return to the past that the country cannot afford.

“You cannot go back to the end of the Obama administration and think that that’s good enough,” the former Texas congressman said at the end of a lengthy interview on MSNBC’s “Morning Joe.” “As much of a horror show as Trump has been — his racism, the disaster of his foreign policy, his punishment of farmers and workers here in this country — we had real problems before Donald Trump became president.”

Asked, “Is Joe Biden a return to the past?” O’Rourke answered bluntly, “He is. And that cannot be who we are going forward. We’ve got to be bigger, we’ve got to be bolder. We have to set a much higher mark and be relentless in pursuing that.”

The criticism was a more pointed expression of the jabs that some other Democrats have been directing at Biden in recent weeks. Sen. Bernie Sanders has urged Democrats to not “go back to the old ways,” while Sen. Elizabeth Warren has criticized “some Democrats in Washington” who “believe the only changes we can get are tweaks and nudges.”

Before Biden reversed his position on the Hyde Amendment, which bans federal funding for most abortions, O’Rourke himself had told CBS News that Biden’s original support for the measure was “absolutely wrong.”

But O’Rourke’s rounder critique of Biden’s candidacy on Thursday marked a turn for a candidate who had previously declined to contrast himself with his competitors, once saying, “All I can tell you is who I am.”

Before Biden entered the race, O’Rourke said, “I think he’s done an extraordinary job for this country as senator and as vice president. … I think very highly of him.”

And when a voter in Iowa told the 46-year-old O’Rourke in March that he wanted “to see some young people” running for president and wished Biden would stay out of the race, O’Rourke responded by defending Biden.

“I think we’d be very lucky to have Vice President Biden in this race,” O’Rourke said. “I think he has a lot of perspective and experience to bring to bear.”

O’Rourke, while running at about 4 percent in the latest Morning Consult poll, has nevertheless assembled a substantial field operation in Iowa. He is campaigning relentlessly. He was scheduled to attend a fundraiser on Thursday night in Washington, with co-hosts including former Maryland Gov. Martin O’Malley, before campaigning this weekend in early-voting South Carolina.

Following the release last week of a Des Moines Register/CNN/Mediacom survey of likely Iowa caucus-goers that put O’Rourke at 2 percent in Iowa, O’Rourke said on ABC’s “This Week” that he was unfazed by the polling.

“You know, I don’t know that this many months out from the caucuses in Iowa that these polls really indicate what our prospects are,” O’Rourke said. “If I relied on polls in any race that I’d run, I never would have been able to serve in the United States Congress.”

Biden, who has stuck to a more moderate lane in the sprawling Democratic primary field, has caught heat from the party’s energized left but has stood firm in the belief that the Democratic base has not lurched nearly as far to the left as has been portrayed. But while O’Rourke — and a vocal swath of the party — have asserted that Biden’s proposals don’t go far enough, Biden has also pitched himself as someone who will be able to build on the Obama administration’s successes and move forward.

“But my general point is, you know, a lot of things are going to happen in this primary about, ‘You cast a vote in 1975 and I said…’” Biden said. “This is not about the past. It’s about the future and what are we going to do? What are we going to do? How do we move this country forward? And it’s all within our wheelhouse to do these things. There’s not a single thing we cannot do.”

Biden has previously said that he is “running to offer our country — Democrats, Republicans, and Independents — a different path. Not back to past that never was, but to a future that fulfills our true potential as a country.”

O’Rourke, asked about a pair of Biden’s recent backtracks — on public funding for abortion, and on the threat China poses — again accused Biden of not being bold enough.

“I’m not exactly sure what he believes or what he should apologize for, I only know that this country should be able to do far better. We should be bold and unapologetic in what we want to pursue,” O’Rourke said, adding later that “We’ve got to be bigger, we’ve got to be bolder, we have to set a much higher mark and we’ve got to be relentless in pursuing that.”

But, he said, “we cannot return to the past, we cannot be simply about defeating Donald Trump. We have to bring everybody in to this democracy to make sure in the most ambitious, aspirational way possible, we confront the greatest challenge we’ve ever faced.”

Source: https://www.politico.com/story/2019/06/13/beto-biden-center-approach-1363263
Droolin’ Dog sniffed out this story and shared it with you.
The Article Was Written/Published By: coprysko@politico.com (Caitlin Oprysko)