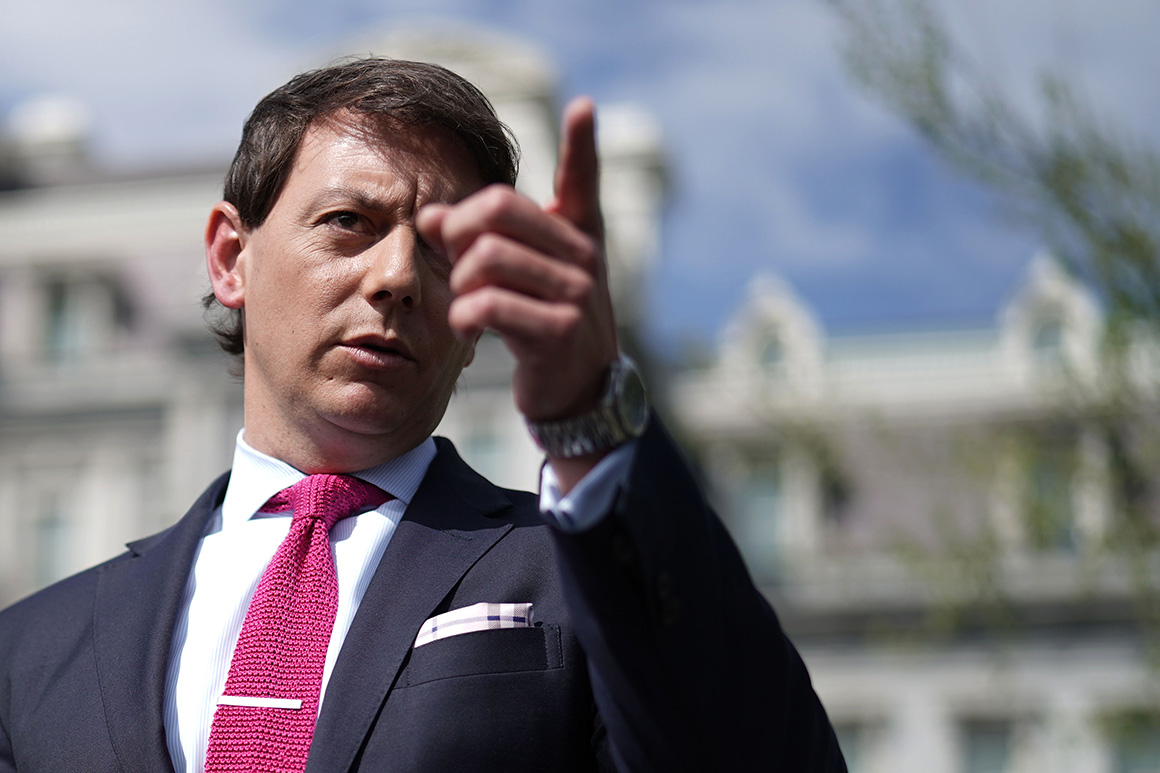 As White House aides in Washington spent the week fielding frenzied inquiries about potential tariffs on Mexico, and trying to cut a deal to stop them, other top aides spent the workweek attending swanky dinners abroad, golfing at a Trump-branded course and visiting quaint pubs in Ireland.

Some of those stuck at home were embarrassed by their colleagues’ behavior overseas, conversations with officials inside the White House and in the broader Trump orbit revealed, believing it sent a poor message.

Foreign journeys with the president can be exhausting. They’re a whirlwind of logistics and constant activity made harder by jet lag and the physical demands of travel. But judging from the public Instagram accounts of a handful of close aides to President Donald Trump, who accompanied him during his five-day visit through the United Kingdom, France and Ireland, this particular trip looked more like a vacation.

The president’s visit was intended to acknowledge and strengthen the alliances between the countries – and to commemorate the 75th anniversary of D-Day when Allied troops landed on the coastline of France to battle the Nazis.

But much of the trip’s diplomatic and patriotic agenda was overshadowed on social media by glam shots of White House aides appearing to enjoy themselves – not to mention the Trump’s own news-making tweets over the course of the week on tariffs, the border wall and actress Bette Midler.

The post that came across as most egregious to fellow White House aides on Friday came from the account of Hogan Gidley, principal deputy press secretary. Within the span of 48 hours, Gidley posted three scenic shots of the Trump International Golf Links and Hotel in Doonbeg, Ireland. His last one was a video of him in slow motion hitting a golf shot from 14th hole of the course, with a picturesque view of the shoreline on the horizon.

Madeleine Westerhout, special assistant to the president and director of Oval Office Operations, posted an Instagram story on Friday of White House press secretary Sarah Huckabee Sanders being regaled by fans at a local Irish pub, along with the caption “Sarah’s fans at the cutest Irish pub!” She also posted a sunset shot from Trump’s Ireland golf course, creating another branding moment for the Trump properties.

Ivanka Trump was especially prolific on Instagram, posting photos of her and her siblings at a formal dinner hosted by the U.S. Ambassador to the U.K, photos of herself at St. James Palace, and more pics of herself and her husband, White House aide Jared Kushner, at Buckingham Palace — all with multiple outfits.

“The French have a word for the White House officials’ behavior — très gauche,” said Jim Manley, who worked as an aide in the Senate for 21 years including for former Democratic Sen. Majority Leader Harry Reid. “I hate to defend Republicans on the Hill, but the code of conduct, if you will, for staffers is still being upheld by both Democrats and Republicans. It is White House and its staffers who are breaking every norm on the book.”

That Washington staffer mantra is that aides, “like children, should be seen and not heard,” said one administration official who expressed disdain over the Instagram posts. This means that staffers should never be the focus of the story, or photo, if they can help it, and instead always should redirect attention toward the elected politicians they serve.

On Capitol Hill, Manley added, if a staffer elevated himself or herself in any way, the chief of staff of the office would tell them to knock it off.

Acting White House chief of staff Mick Mulvaney, in contrast, runs the West Wing in a fairly forgiving fashion. Unlike his military-trained predecessor, retired general John Kelly, Mulvaney is not strict about which aides attend meetings or squeeze onto Air Force One, and gives the Trump kids carte blanche.

A White House press aide declined to comment and would not answer questions on the record about whether it had a social media policy for staffers.

Many of the aides’ Twitter feeds are associated with the White House and will be archived, whereas staffers largely see Instagram as their own personal domain, the former official added — where they are free to post as they wish.

Sanders’ Instagram feed gave off the most controlled vibe. It featured photos of her boss and the first lady meeting veterans or appearing at the D-Day events alongside photos of White House staffers dressed up for the State Dinner at Buckingham Palace, or attending another fancy dinner at the Winfield House.

Both Ivanka Trump and Sanders’ feeds included photos or historical images of the week’s more somber events at Normandy. And the official White House accounts focused on images of Trump appearing presidential, giving his address at the D-Day ceremony, standing before crowds of veterans or appearing with other world leaders or military officials in uniform.

Ethics experts continue to bemoan the way the president and White House staffers often promote Trump businesses — noting in this case that many of the posts amounted to unpaid ads for Trump’s Ireland golf course. And the Doonbeg property now uses photos of the president golfing there in its promotional materials.

“One thing that is really a problem, as I see it, is anything they are putting out there that has them at Trump properties. That is using their official position and the office of the presidency to promote and advance the president’s businesses. That seems like a clear abuse,” says Noah Bookbinder, the executive director of CREW, a non-profit that has sued the president several times over ethics issues.

One professor who studies the interplay between social media and politics thought the top aides’ Instagram posts seemed like an attempt to exert some control over the narrative of the trip as chaotic, a perception fueled by the president’s attacks on House Speaker Nancy Pelosi on Twitter and in his interview with Fox News host Laura Ingraham at the American Cemetery in Normandy.

“Even while Trump has been on the visit, his normal Twitter antics have been going on. We see this attempted corrective to it with the aides’ really staged and nice photos. It is all very positive and laudatory. They frankly seem quite excited to be there,” said Shannon McGregor, an assistant professor of communications at the University of Utah. “I imagine that is an attempt strategically to deflect from him.”

Trump is unlikely to see the staffers’ social media posts, especially on platforms outside of Twitter, said two former administration officials, and if someone called his attention to the luscious landscape shots of his Irish golf course, he would not mind.

“Are you kidding me?” one of the former administration officials added. “Posting about Trump’s golf course? They may get bonuses for doing that.”

Source: https://www.politico.com/story/2019/06/08/trump-aides-instragram-posts-1358154
Droolin’ Dog sniffed out this story and shared it with you.
The Article Was Written/Published By: ncook@politico.com (Nancy Cook)