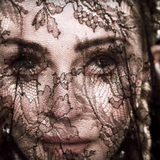 Madonna has released a new song from her upcoming album Madame X. “Dark Ballet” arrives with its own Emmanuel Adjei-directed music video, which features Mykki Blanco in character as Joan of Arc.

In a press statement accompanying the video, Madonna says that she’s long been attracted Joan of Arc as a fearless female…

Source: https://www.spin.com/2019/06/madonna-dark-ballet-video/
Indie Brew found this story and shared it with you.
The Article Was Written/Published By: Rob Arcand