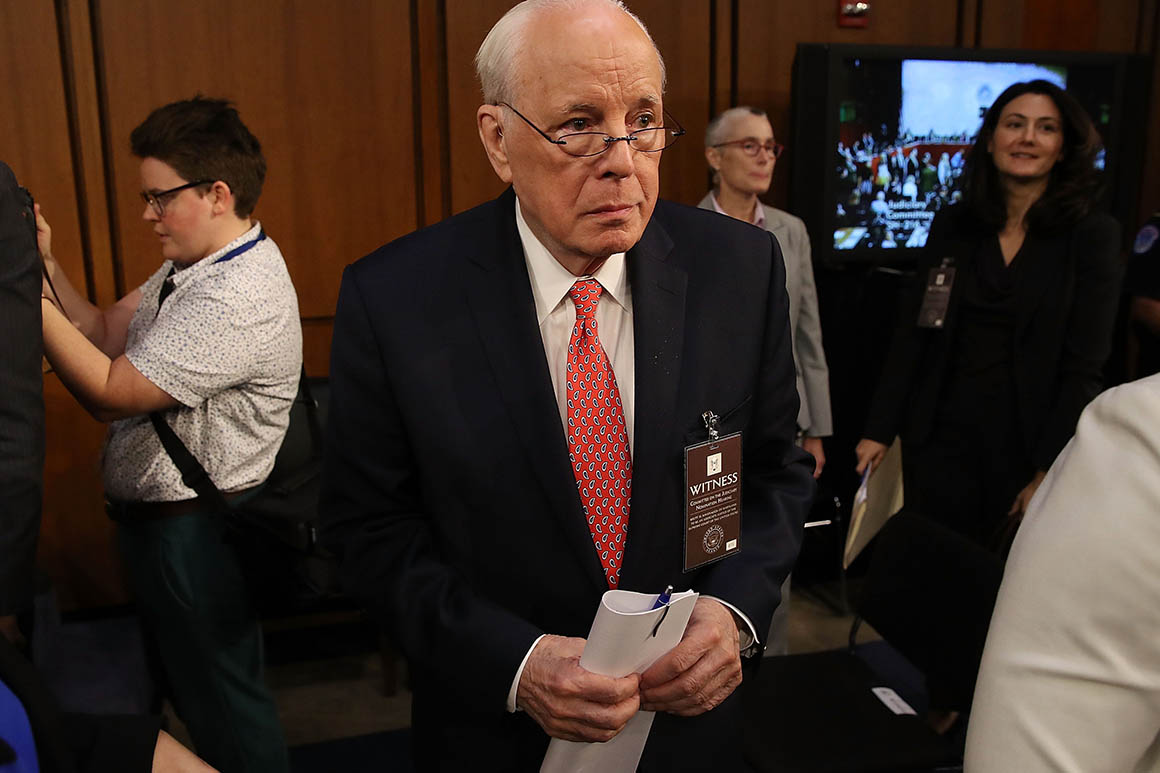 Dean will be featured on a June 10 panel that also includes former U.S. attorneys and legal experts to discuss Mueller’s evidence that Trump repeatedly attempted to obstruct or constrain his investigation of Russian interference in the 2016 election, according to the committee.

The hearings are part of a broader strategy shift for the committee, reported last month by POLITICO, that comes with Democrats concerned that they’ve been mired in arcane procedural battles with the White House ever since Mueller finalized his report in March.

“These hearings will allow us to examine the findings laid out in Mueller’s report so that we can work to protect the rule of law and protect future elections through consideration of legislative and other remedies,” said committee chairman Jerrold Nadler (D-N.Y.).

Nadler’s panel has been largely stymied in its efforts to delve deeper into Mueller’ findings, with Trump claiming executive privilege over Mueller’s underlying evidence and instructing some of his key witnesses to refuse to testify or provide documents.

The committee has voted to hold Attorney General William Barr in contempt for refusing to share Mueller’s evidence and intends to pursue legal action to force him to reverse course.

But the battle over contempt and executive privilege has left some Democrats frustrated that Congress has done little to highlight the damning evidence Mueller uncovered in the public version of his report.

Source: https://www.politico.com/story/2019/06/03/john-dean-testify-mueller-report-1352065
Droolin’ Dog sniffed out this story and shared it with you.
The Article Was Written/Published By: kcheney@politico.com (Kyle Cheney)