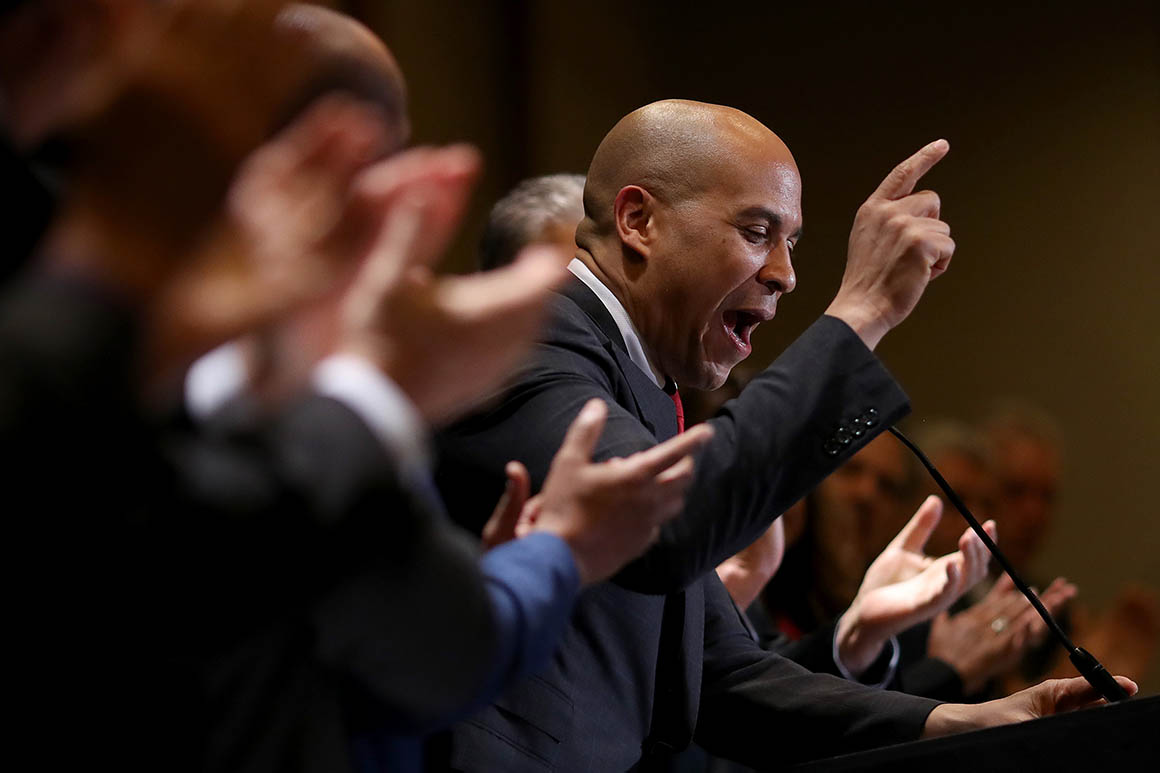 But Mueller’s remarks during an appearance at the Justice Department Wednesday triggered the change in Booker’s stance, he tweeted.

“I’ve been asking for Mueller’s testimony—today he made his views clear,” he continued, adding: “This Administration has continued to stonewall Congress’s oversight. Beginning impeachment proceedings is the only path forward.”

Mueller said Wednesday he would prefer not to appear before Congress to discuss the findings of his investigation, and he reiterated the principal conclusions of his report — which uncovered insufficient evidence of a criminal conspiracy between the Trump campaign and the Kremlin but did not absolve the president on claims that he obstructed justice.

Several Democrats vying to take on Trump in 2020 interpreted Mueller’s prepared statement as essentially an impeachment referral to Congress.

“What is clear is that I think it’s a fair inference from what we heard in that press conference that Bob Mueller was essentially referring impeachment to the United States Congress,” Sen. Kamala Harris (D-Calif.) told reporters while campaigning in South Carolina.

Rep. Seth Moulton (D-Mass.) tweeted after Mueller’s remarks that impeachment hearings “should begin tomorrow,” writing online that “Mueller did his job. Now it’s time to do ours.”

Julián Castro, the former San Antonio mayor and secretary of Housing and Urban Development, tweeted that lawmakers “should begin an impeachment inquiry” because Mueller “made clear this morning that his investigation now lays at the feet of Congress.”

Former Texas congressman Beto O’Rourke wrote online that “[t]here must be consequences, accountability, and justice” as a result of Mueller’s probe and “[t]he only way to ensure that is to begin impeachment proceedings.”

Mayor Pete Buttigieg of South Bend, Ind., told NBC News that Mueller’s remarks were “as close to an impeachment referral as you could get under the circumstances,” and Sen. Elizabeth Warren (D-Mass.) — the first of the leading 2020 candidates to call for Trump’s impeachment — tweeted: “Mueller’s statement makes clear what those who have read his report know: It is an impeachment referral, and it’s up to Congress to act. They should.”

Source: https://www.politico.com/story/2019/05/29/2020-democrats-impeachment-mueller-1346504
Droolin’ Dog sniffed out this story and shared it with you.
The Article Was Written/Published By: qforgey@politico.com (Quint Forgey)