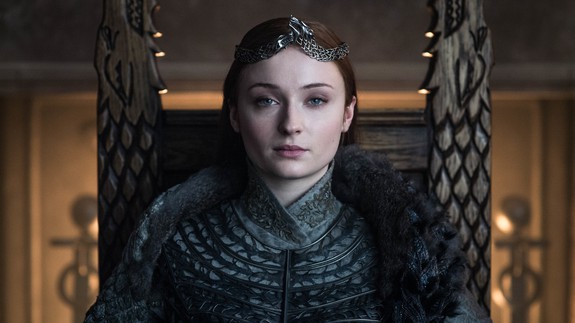 Sansa Stark broke her own wheel.

There’s more to be said on what that means, but she’s the only reasonable choice of MVP for the final new Game of Thrones episode we’ll ever see. To really appreciate Sansa’s importance to both the episode and the future of Westeros, however, we need to look at how she got there.

I guess the more obvious MVP pick would be Jon Snow. He’s the one who murdered Dany and ended a tyrant’s reign in its infancy. He was literally stabbed to death and then brought back to life for that purpose. And in the end, he did the thing. Huzzah, good for Jon.

But did he really change anything? We all watched that weird final half hour. Life in Westeros returned to normal after Dany died and Drogon left. The boring kind of normal where the people who lead sit around a table and reach society-shaping decisions over idle chatter and petty sniping. Read more… Source: https://mashable.com/article/game-of-thrones-series-finale-mvp-sansa-stark/
Indie Brew found this story and shared it with you.
The Article Was Written/Published By: Adam Rosenberg