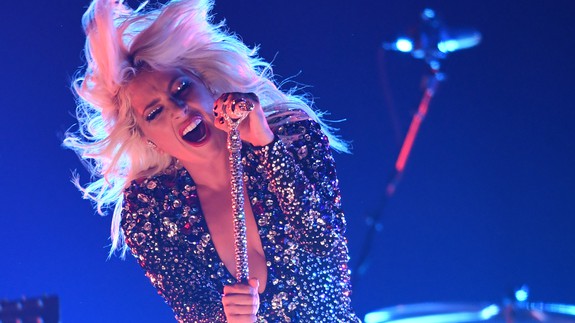 Did you catch the Lady Gaga concert that took place on May 17?

Unless you work out of Apple Park, the tech giant’s massive spaceship-shaped headquarters in Cupertino, you probably didn’t attend.

The singer and actress performed a special private concert for Apple employees on Friday to help formally open the campus as well as pay tribute to Steve Jobs, according MacRumors. The concert took place on a Jony Ive-designed stage, decked with a rainbow arch, inside of Apple Park’s ring.

According to AppleWeb (via Cult of Mac), the tech giant’s own intranet, the “Apple Stage” as it’s called, the platform and rainbow structure are made of some 25,000 parts, including an aluminum frame (because of course it is), and is designed to for quick assembly and deconstruction. Read more…

Source: https://mashable.com/article/apple-park-campus-stage-lady-gaga-private-concert/
Indie Brew found this story and shared it with you.
The Article Was Written/Published By: Raymond Wong