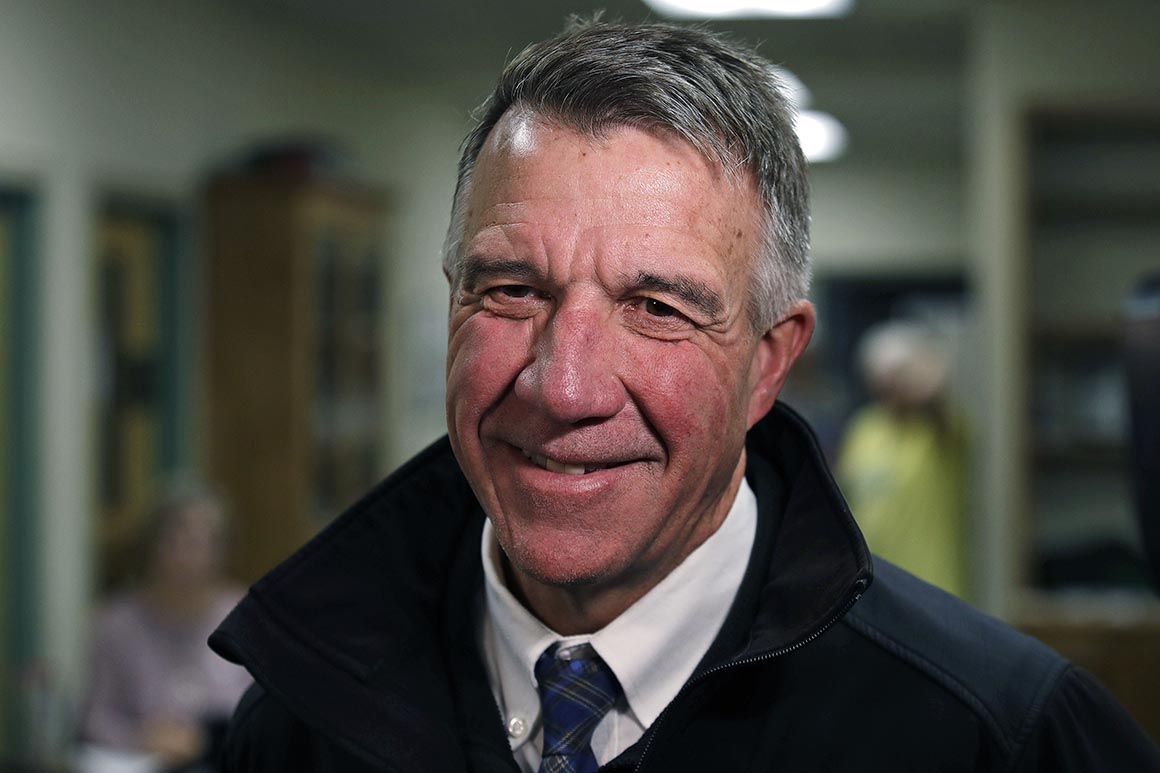 Scott, during his weekly news conference Thursday, was asked whether he would prefer Weld, the only declared Republican primary challenger to Trump, over the incumbent president.

But the Vermont governor said he wasn’t ready to formally endorse any Republican and that he hoped Maryland Gov. Larry Hogan or Massachusetts Gov. Charlie Baker would consider jumping into the primary.

In 2016, Scott was a frequent critic of Trump and said publicly he would not vote for him.

Baker, Hogan and Scott — three of the most popular governors in the country — are known for keeping their distance from the president.

Morning Consult’s most recent list of governors‘ approval ratings found Baker with the highest in the nation, followed by Hogan in second place and Scott in fifth, behind New Hampshire Gov. Chris Sununu and Alabama Gov. Kay Ivey. All five governors are Republicans.

Baker and Hogan have both been mentioned as possible Republican candidates for president in 2020 but Hogan has signaled a stronger interest, criticizing Trump and laying out in interviews how he might wage an insurgent challenge against the president.

Hogan has also criticized the Republican National Committee for moving to block possible primary challenges to Trump. The RNC passed a resolution at its winter meeting expressing its “undivided support” for Trump.

Scott met Weld for the first time last week over coffee in White River Junction, Vt., according to Weld adviser Stuart Stevens. Weld was in the New Hampshire border town for a campaign event.

“I think it’s great,” Stevens said, in reference to Scott’s comments. “Phil Scott has been a real insistent voice on Trump and has taken a lot of heat for it in his own party.”

Weld also met with New Hampshire GOP Gov. Chris Sununu about six weeks ago, over coffee in Sununu’s Concord office. But Weld is not directly asking for endorsements at this stage in the race, according to Stevens.

“I don’t think he’s doing a lot of direct asks right now. That would be unusual,” Stevens said. “I think he’ll wait until the field stabilizes.”

Source: https://www.politico.com/story/2019/05/17/vermont-gov-scott-republican-weld-trump-1331312
Droolin’ Dog sniffed out this story and shared it with you.
The Article Was Written/Published By: smurray@politico.com (Stephanie Murray)