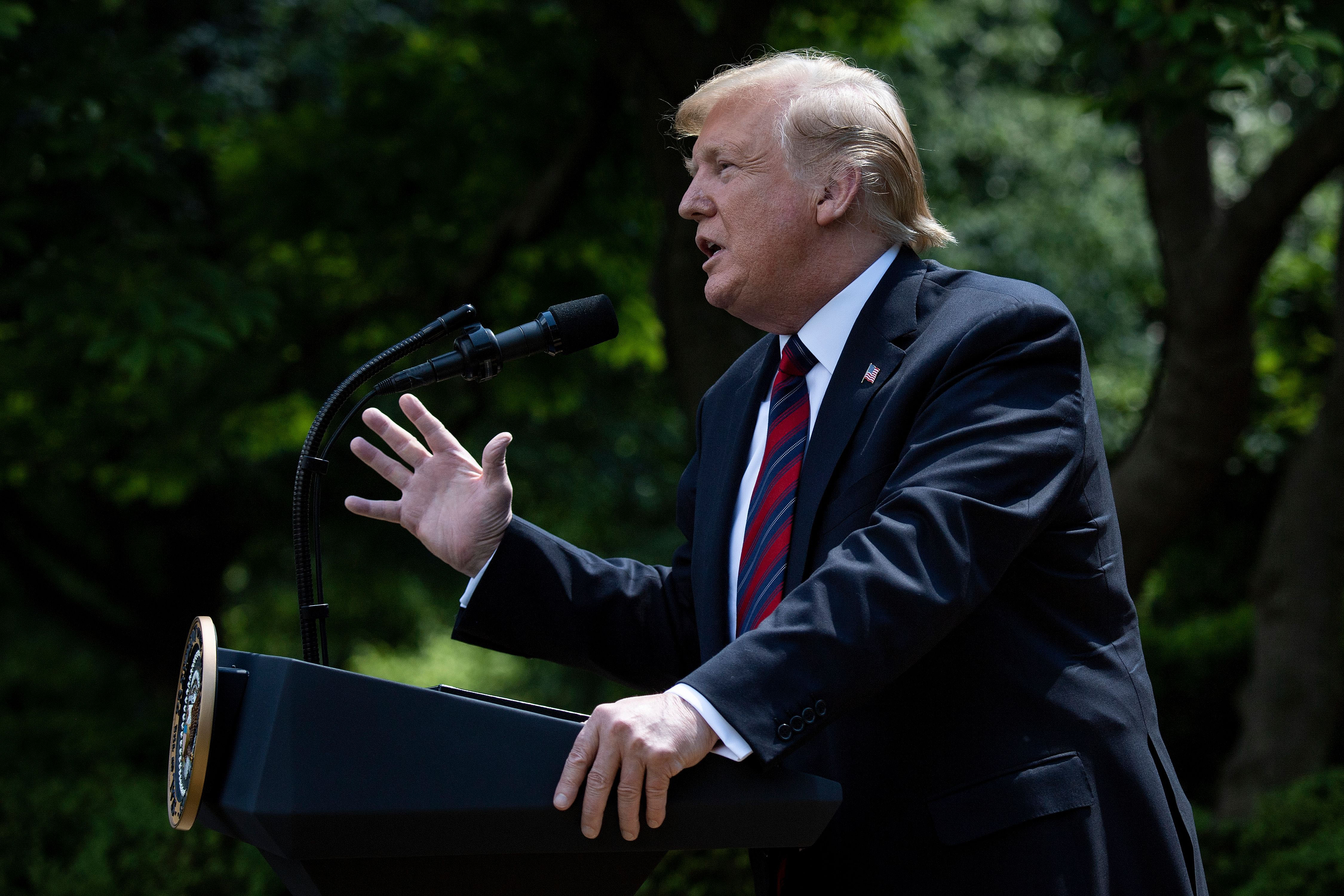 The U.S., Canada and Mexico have reached an agreement to remove President Donald Trump’s tariffs on steel and aluminum imports, a key roadblock to approval of the new North American trade deal.

“We’re done,” said one official involved in the negotiations. “It is a great day.”

The tariffs will be gone in 48 hours, this person said. Prime Minister Justin Trudeau and Trump discussed the deal by phone today.

The official said they will make the news public around 1 p.m Eastern time.

The official said the agreement will require countries to monitor for, and prevent, a surge in steel imports from other continents. If an unusually high amount of imports are coming in, one country could request consultations and ultimately re-impose tariffs — but only on the specific type of steel or aluminum flooding in.

Several sources confirmed the two neighboring countries would not be subject to any limits, or quotas, on steel and aluminum imports.

The Trump administration had long called for the use of quotas to limit imports if tariffs were removed, something many U.S. lawmakers and manufacturers had warned could be more damaging than the tariffs themselves.

The official said the dropping of the tariffs was “not pegged” to the adoption of the new deal, called the U.S.-Mexico-Canada Agreement.

Trump imposed the duties on the two NAFTA partners as well almost all other countries using a little-before-used law that allows tariffs to protect U.S. national security.

Canadian and Mexican officials and Republicans in the U.S. Senate have said a deal to remove the steel and aluminum tariffs would create momentum for the ratification of the new U.S.-Mexico-Canada Agreement and make it far more likely that lawmakers in all three nations will vote on the pact this year.

A senior Mexican official, Jesús Seade, said in interviews in Canada this week that his country was close to a deal with the U.S. that would remove the tariffs and not substitute quotas in their place.

Source: https://www.politico.com/story/2019/05/17/us-mexico-canada-trade-agreeement-1330214
Droolin’ Dog sniffed out this story and shared it with you.
The Article Was Written/Published By: mcassella@politico.com (Megan Cassella)