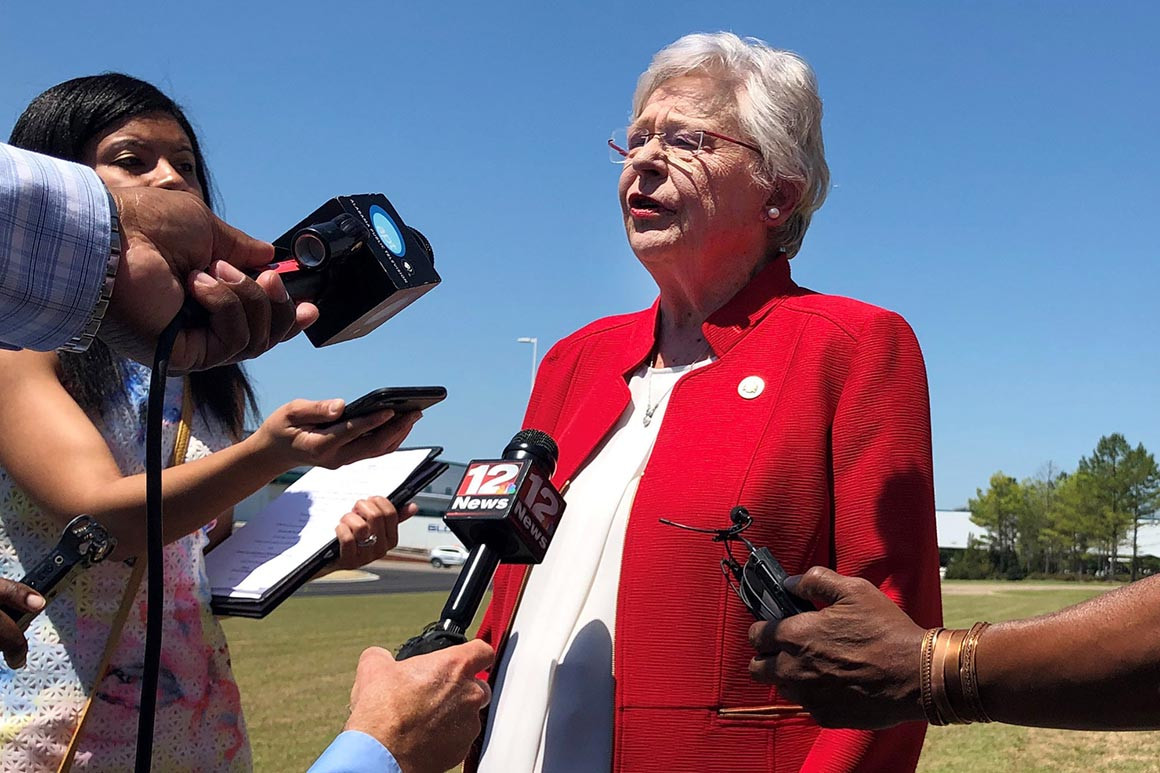 The state Senate on Tuesday approved the legislation, which prohibits abortion at any point during pregnancy, even in cases of rape and incest. The bill, which was easily approved by the Republican-dominated House last month, does make an exception if the pregnancy poses a health risk to the mother.

Leana Wen, president of the Planned Parenthood Action Fund, earlier Thursday vowed a legal challenge, saying the law violates the landmark 1973 Roe ruling guaranteeing a woman’s right to an abortion until a fetus is viable.

The Republicans who pushed for and passed the legislation are hoping for just that. They believe the Supreme Court’s new conservative majority offers the anti-abortion movement its best chance in a generation to overturn Roe.

Just this year, four states, including Georgia last week, banned abortion once a fetal heartbeat is detected — about six weeks into a pregnancy. But Alabama’s law goes even further. This measure prohibits abortion at any point during the pregnancy and while a woman can’t be prosecuted, a person who performs the abortion can be convicted of a Class A felony and be imprisoned for up to 99 years in prison — essentially a life sentence.

Staci Fox, the president and CEO of Planned Parenthood Southeast Advocates, which covers Alabama, said hundreds of people have already called confused and concerned about when these new laws take effect, and asking if they need to schedule an abortion more quickly or if abortion has already been outlawed.

Ivey, in her statement, took pains to note that the law is likely unenforceable for now.

“We must always respect the authority of the U.S. Supreme Court even when we disagree with their decisions,” she said. “Many Americans, myself included, disagreed when Roe v. Wade was handed down in 1973. The sponsors of this bill believe that it is time, once again, for the U.S. Supreme Court to revisit this important matter, and they believe this act may bring about the best opportunity for this to occur.”

The state Senate debated the legislation for several hours Tuesday evening, though the outcome was never really in doubt. Democrats tried to force votes on amendments such as one that would force the chamber’s Republicans to bear the cost of expected litigation and another on adding exceptions for rape and incest. All of the efforts failed.

Source: https://www.politico.com/story/2019/05/15/alabama-governor-abortion-1327389
Droolin’ Dog sniffed out this story and shared it with you.
The Article Was Written/Published By: dgoldberg@politico.com (Dan Goldberg)