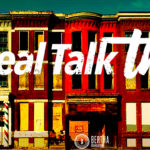 Powerful commercial interests dominate Baltimore’s city government, where corruption and backroom deals are part of the fabric of how decisions are made. The recent scandal involving Mayor Pugh is part of a long history of political office being used for personal gain and handing over public funds and favors to wealthy elites.

Can city charter amendments aimed at democratizing Baltimore’s government put more power into the hands of the community? Charter amendments could help eliminate the “all-powerful mayor”; get big money out of city elections; establish community control of the police; and create a transparent budgeting process that prioritizes making the city safer by reducing poverty and unemployment. Is any of this possible without an organized and engaged people’s movement

The post Power, Corruption & Changing How Baltimore is Governed appeared first on The Real News Network.

Source: https://therealnews.com/stories/power-corruption-changing-how-baltimore-is-governed
Droolin’ Dog sniffed out this story and shared it with you.
The Article Was Written/Published By: Hezvo Mpunga