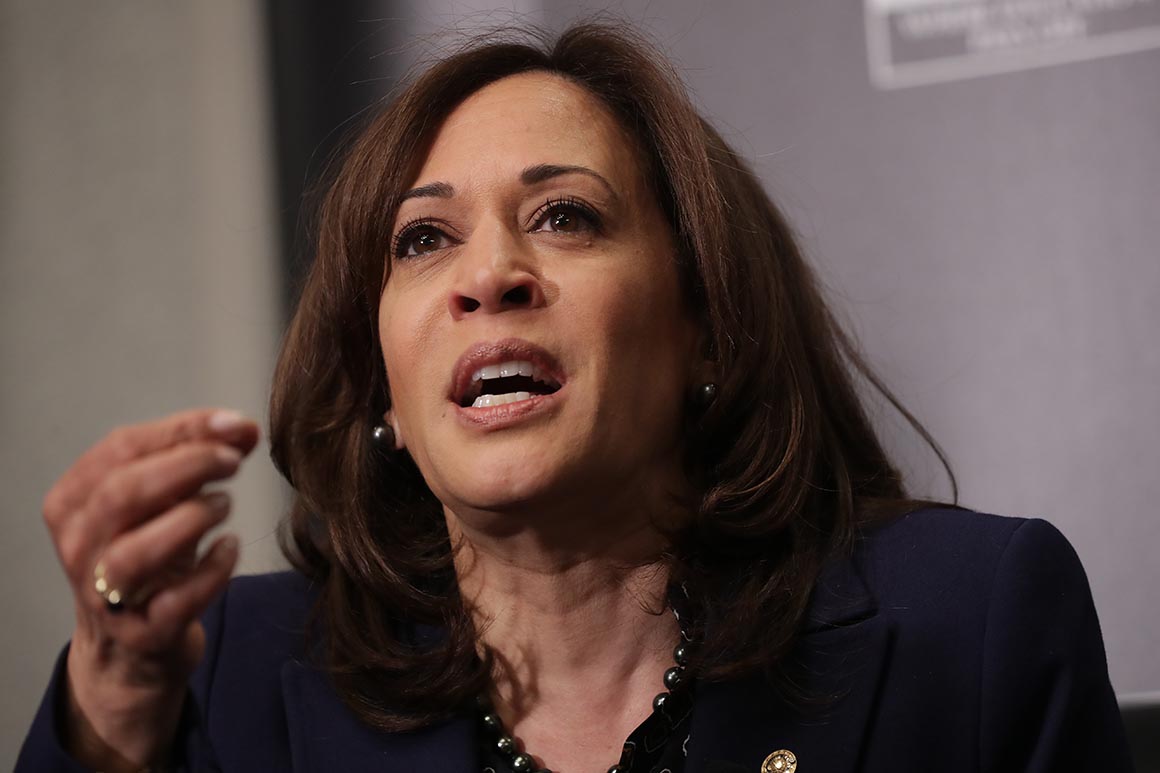 At a presidential campaign event Wednesday in New Hampshire, Harris will pledge to take executive action banning the importation of AR-15-style assault weapons — a move that comes just three weeks after the California Democrat rolled out her sweeping gun-control proposal.

Harris — a former career prosecutor who appears intent on owning the gun issue in the crowded primary — said if Congress fails to pass stricter gun laws in her first 100 days as president, she would take matters into her own hands. That involves signing executive orders requiring near-universal background checks on gun sales, closing the so-called “boyfriend loophole,” reversing the Trump administration’s move to allow fugitives with outstanding arrest warrants to buy guns, and repealing a law that prevents victims from holding gun-makers and firearms dealers liable for their losses.

But since she unveiled the original plan, Harris has faced significant competition. Last week, Cory Booker released a 14-part proposal calling for licensing all gun owners that the New Jersey Democrat’s supporters are touting as the most aggressive of any of the presidential candidates. Booker’s gun-licensing program would require, among other things, a comprehensive FBI background check and proof of completion of a gun-safety course. On Tuesday, Booker put out details of what he’s calling a gun suicide prevention plan.

The uptick in mass shootings has elevated the issue of gun control in the 2020 primary, assuaging long-held fears of many Democrats that taking a tougher stand against firearms could cost them votes in the general election. Booker and Harris have taken an early lead on the issue — with Booker promising to bring “the fight to the NRA like it’s never seen before.” “In fact,” Booker’s campaign added in a Monday news release, “the National Review took the time to print four pieces (and numerous tweets) attacking Cory.”

Yet while Booker is largely focused on gun-control priorities that require congressional approval, Harris’ unilateral approach is based on years of inaction in Washington amid repeated high-profile mass shootings — from Las Vegas in 2017 to the Pulse nightclub in Orlando, Fla., in 2016. In both cases, her campaign said, the shooters used assault-weapons made by foreign companies, 4 million of which are in U.S. circulation.

Harris wants to ban AR-15-style assault weapon imports and suspend all other assault weapon imports until the Bureau of Alcohol, Tobacco, Firearms and Explosives can analyze whether they should be permanently banned under U.S. law. Her campaign argues the weapons could be banned because they aren’t “suitable for or readily adaptable to sporting purposes.” This includes all 44 AR-type models listed in the latest assault weapons ban that was introduced in Congress.

Harris has said she will also work to make gun trafficking a federal crime, ban high-capacity magazines and bar those convicted of a federal hate crime from buying guns.

Source: https://www.politico.com/story/2019/05/15/kamala-harris-ban-imports-assault-weapons-1324581
Droolin’ Dog sniffed out this story and shared it with you.
The Article Was Written/Published By: ccadelao@politico.com (Christopher Cadelago)