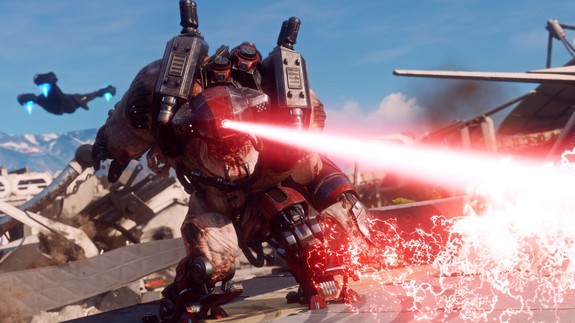 Rage 2 gets many things right, but its biggest success is the way it leaves you wanting more.

There’s a breezy 10-or-15-hour story at the center of Avalanche Studios apocalyptic wasteland romp. Something to do with protecting what’s left of the broken, mutant-overrun world from a high-tech militarized force known as the Authority.

Your agent in all the carnage is Walker, a scrappy wastelander who is thrust without warning into the role of Authority-defying super-soldier. You don the suit of a fallen Ranger in the opening minutes of the game and are immediately imbued with powers above and beyond that of a normal human, starting with the ability to open certain doors and chests just by thinking in their direction. Read more…

Source: https://mashable.com/article/rage-2-video-game-review/
Proactive Computing found this story and shared it with you.
The Article Was Written/Published By: Adam Rosenberg