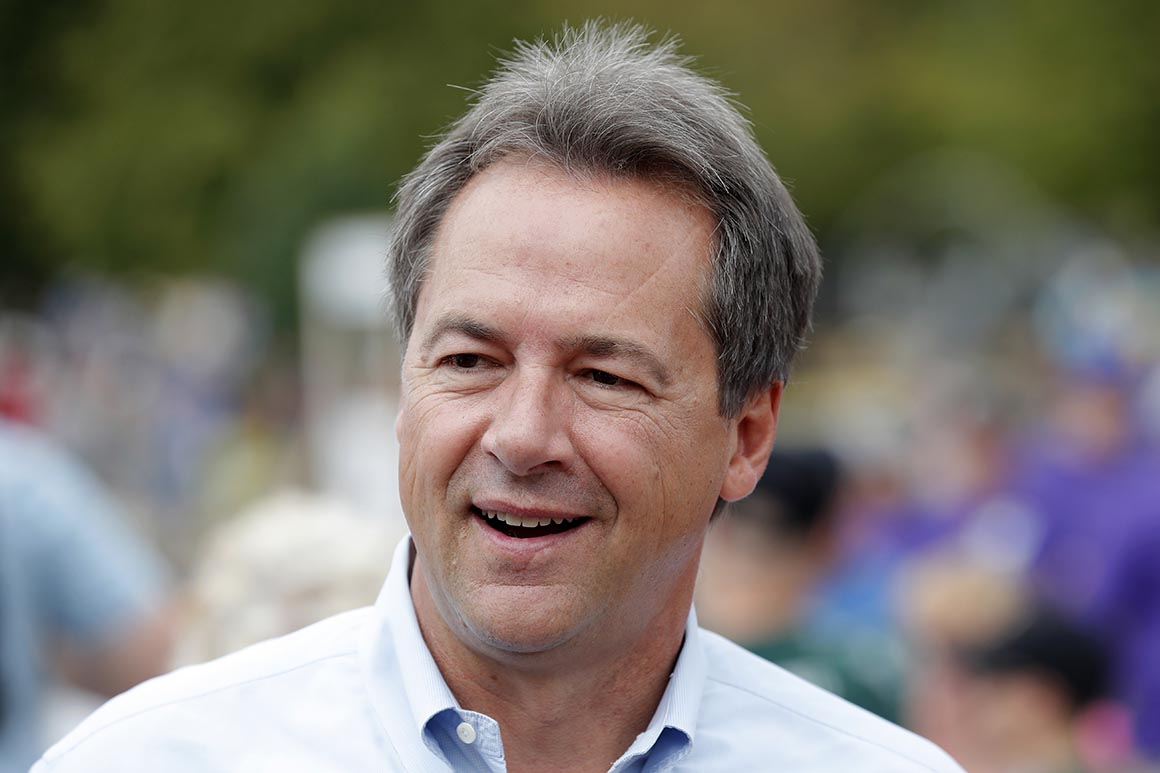 “I believe in an America where every child has a fair shot to do better than their parents,” Bullock said. “We need to defeat Donald Trump in 2020 and defeat the corrupt system that lets campaign money drown out the people’s voice, so we can finally make good on the promise of a fair shot for everyone.”

Bullock’s initial campaign slogan is also “A Fair Shot for Everyone.”

The 53-year-old Bullock plans to center his campaign on his electability — the Democratic governor who won reelection in 2016 in a red-state that Trump carried by 20 points — and his ability to pass progressive priorities like Medicaid expansion and campaign finance reform with a Republican legislature. Before serving as governor, he was the state attorney general.

His relatively late entry into the race creates some additional hurdles for what was already likely to be an underdog candidacy. He will have to spend a lot of time initially trying to qualify for the first Democratic primary presidential debate in June given the Democratic National Committee’s requirements for the participants to have 65,000 donors or to reach 1 percent in three national polls from DNC-approved pollsters. Since the debate is also capped at 20 candidates, some could be left off the stage even if they meet one or both of those benchmarks.

Not making the debate stage and then posting a weak fundraising number two weeks later when reports are due could make it even more difficult to gain viability.

Bullock insisted on not joining the race until May in order to focus on his final legislative session when the expansion of Medicaid, perhaps his signature accomplishment, was at stake. Montana’s legislative sessions take place every other year.

The campaign will likely focus largely on Iowa. Bullock is counting on his strength with rural voters and the almost certain endorsement of Iowa Attorney General Tom Miller, the only elected Democrat statewide, to push him to the front of the pack by the time of the Iowa caucuses next February.

The campaign’s announced leadership team reflects the Iowa focus. Besides campaign manager Jenn Ridder and communications director Galia Slayen, the only other staffers in the initial release are Iowa state director Megan Simpson and Iowa press secretary Jeremy Busch. The campaign said that more staffing announcements will be coming.

Source: https://www.politico.com/story/2019/05/14/montana-governor-steve-bullock-democratic-presidential-race-1319874
Droolin’ Dog sniffed out this story and shared it with you.
The Article Was Written/Published By: Alex Thompson