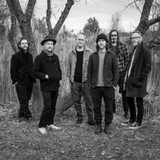 The National are releasing their new album I Am Easy To Find—their eighth full-length studio album and the first since 2017’s Sleep Well Beast—this Friday, May 17. Along with the new album, the band made plans to release a 24-minute film in accompaniment, helmed by 20th Century Women director Mike Mills and starring Alicia Vikander, with music from the new album.

Source: https://www.spin.com/2019/05/the-national-short-film-i-am-easy-to-find-video/
Indie Brew found this story and shared it with you.
The Article Was Written/Published By: Israel Daramola