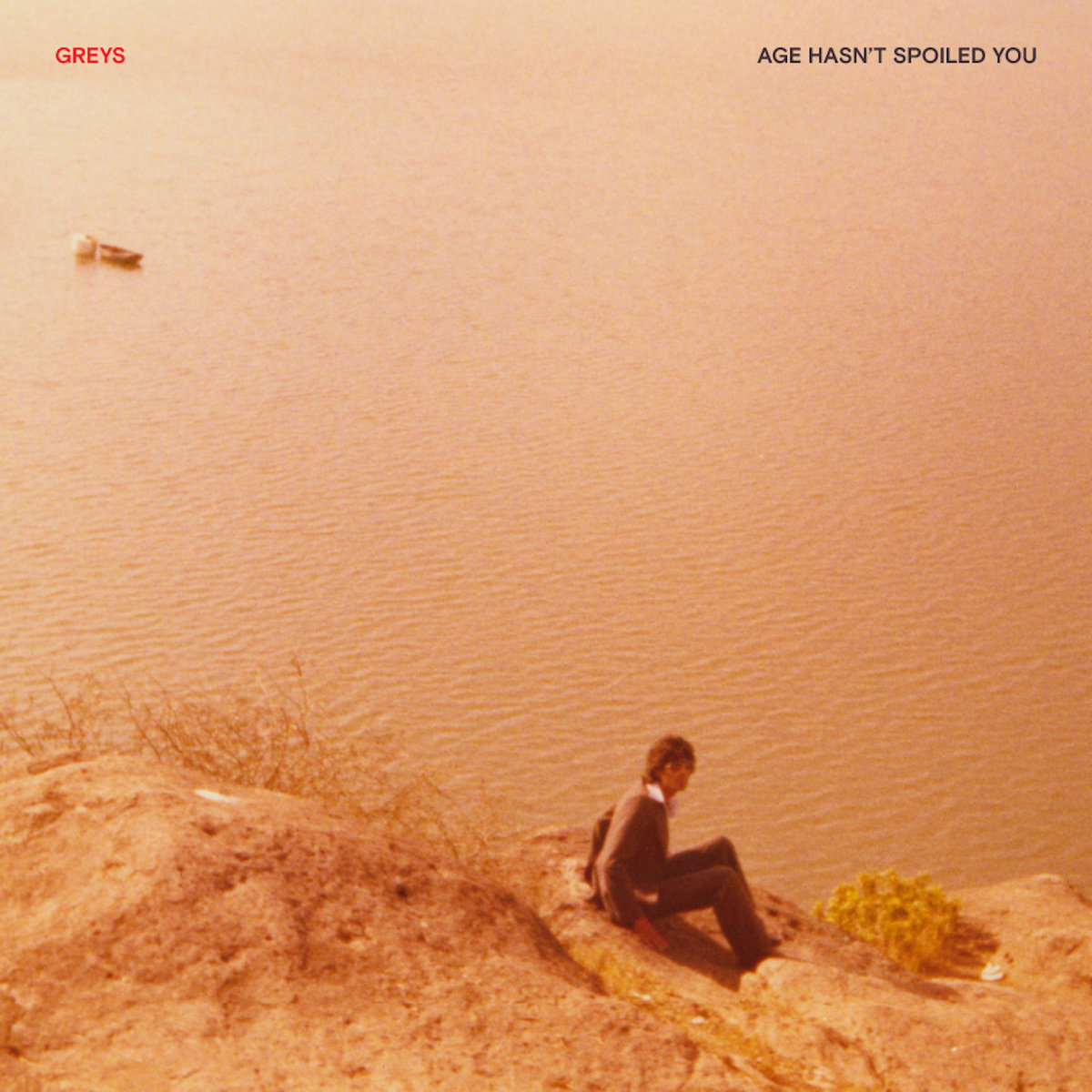 Greys frontman Shehzaad Jiwani has always sung like someone uncomfortable in his own skin, whether he was cheekily cataloging his feelings of inadequacy, or giving in to more visceral and violent expressions of self-loathing. That sense of perpetual dissatisfaction has been reflected in the Toronto group’s relentless evolution. Once a caterwauling noise-punk outfit, Greys quickly realized that nihilistic discourse—however good it may feel in the moment—isn’t a long-term solution for life’s woes. As such, the band’s emotional vocabulary has expanded in step with their musical one. After balancing out the stage-dive strikes with shoegazing balladry on 2016’s Outer Heaven and detouring into fuzzy lo-fi indie-pop for the lowkey companion release Warm Shadow, Greys sound like they’re ready to leave the circle pit behind for good.

Where this band’s entire aesthetic and ideological universe was once easily summarized by their 2014 single/mash note “Guy Picciotto,” Jiwani has teed up Age Hasn’t Spoiled You by name-dropping late-’90s TRL touchstones like Madonna’s “Beautiful Stranger” and the Chemical Brothers. But here, Greys aren’t so much reliving their teenage past as pining for a future that never happened: a pre-millennial moment when alt-rock seemed to be entering an exciting new experimental phase, before post-Strokes retromania smothered the indiesphere in second-hand leathers. With their collision of dazed melodies, dirgey dissonance, and fractured industrial funk, songs like “Arc Light” and “Constant Pose” readily conjure the unsettled atmosphere of Blur’s 1999 bad-romance opus 13 (though in this case, Jiwani is feeling estranged not from his partner, but rather his increasingly expensive, condo-choked city.)

Compared to Greys’ righteously indignant previous releases, Age Hasn’t Spoiled You is practically paralyzed by disillusionment and doubt, as perfectly crystallized in the dream-pop drift of “Western Guilt.” But instead of letting those defeated feelings bubble up to a searing boil, Greys find catharsis through sheer audacity, fully obliterating their already-distended musical boundaries with the seven-minute motorik/dub suite “Aphantasia” and the siren-blaring “Setting Sun” swirl of “These Things Happen.” On the latter song, Jiwani laments he’s “Part of a useless generation / Got no goddamn imagination,” but embedded in that dismissal is a recognition of untapped potential. And as the bold leaps taken on Age Hasn’t Spoiled You demonstrate, when you’re uncomfortable in your own skin, the most empowering thing you can do is shed it.

Source: https://daily.bandcamp.com/2019/05/13/greys-age-hasnt-spoiled-you-review/
Indie Brew found this story and shared it with you.
The Article Was Written/Published By: jzcamp1