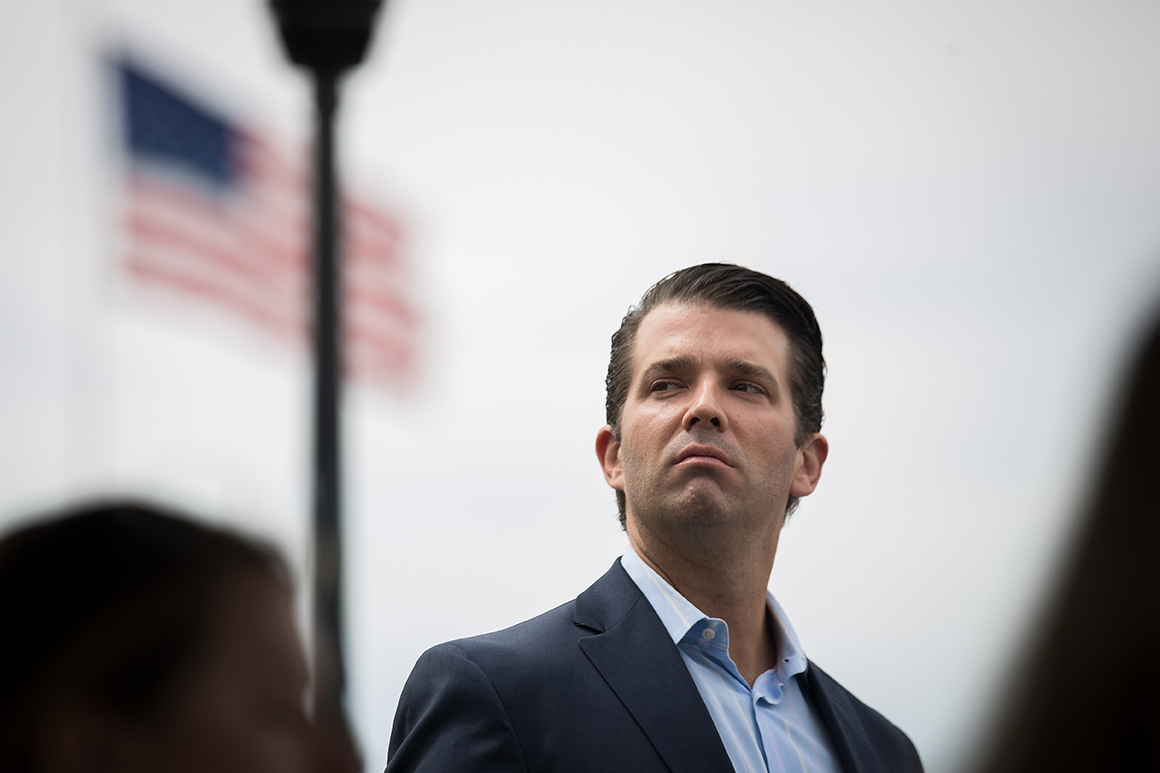 If Donald Trump Jr. doesn’t comply with the Senate Intelligence Committee’s subpoena, the Senate is preparing for the very real possibility it could vote on enforcing the order on the Senate floor, according to sources in both parties.

Republicans said privately on Monday they were eager to avoid the clash and what would surely be an ugly floor vote if Trump Jr. ignores the Senate, and some hope the committee and Trump Jr. can work out a deal to avoid a floor vote on complying with the subpoena or even holding the president’s son in contempt. But the chamber has several options if it chooses to force the issue, and they could pass given that they would only require a simple majority and aren’t subject to the chamber’s supermajority requirement, according to aides in both parties.

Contempt is one way forward. But the Senate also has a special option “as an alternative to both the inherent contempt power of each House and the criminal contempt statutes,” according to the Congressional Research Service. The Intelligence Committee and then the full Senate can take civil action to enforce a subpoena in the U.S. District Court for the District of Columbia or to simply ask for a declaration of the validity of the subpoena, according to CRS.

It’s a tactic aimed more at forcing compliance than punishment and has been used sparingly by the Senate, though the chamber did use the power to compel the production of documents from Backpage.com in 2016, which was accused of facilitating human trafficking. Typically civil action has been used more often for seeking documents, though in 1989 the Senate did seek civil action to compel testimony during an impeachment trial of a federal judge.

Still, Republicans aren’t eager to test the waters when it comes to Trump Jr.; a floor vote would probably be the worst case scenario for Republicans eager to avoid confrontation with the president during a tough election cycle. There’s essentially nothing more toxic than voting on enforcing a subpoena issued to the president’s son.

“Hopefully, the Senate doesn’t have to vote on a subpoena, because that would be a difficult vote for a lot of Republicans between letting a chairman run their committee the way they want to, and in this particularly instance, it’s usually a bipartisan decision that a person makes,” said Sen. Chuck Grassley (R-Iowa) on Hugh Hewitt’s radio show on Monday. “I don’t want that to happen, but I don’t want to discuss why it might happen. And hopefully, it won’t happen.”

Source: https://www.politico.com/story/2019/05/13/donald-trump-jr-subpoena-1319430
Droolin’ Dog sniffed out this story and shared it with you.
The Article Was Written/Published By: Burgess Everett