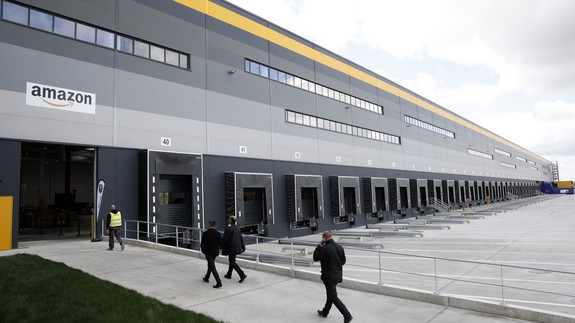 Amazon may have found a way to streamline operations at its warehouses, but it won’t be good for some workers.

Reuters reported that the massive online retailer would start installing machines that box items before delivery at some of its fulfillment centers. According to the Reuters sources, the plan might be to install two such machines at “dozens” of warehouses, effectively replacing at least 24 human jobs at each warehouse.

In all, more than 1,300 workers could get cut if the plan goes through. The process would likely take some time as Amazon tries to perfect the technology and make sure it’s capable of operating smoothly, according to Reuters. Read more…

Source: https://mashable.com/article/amazon-warehouse-robots-workers/
Proactive Computing found this story and shared it with you.
The Article Was Written/Published By: Alex Perry