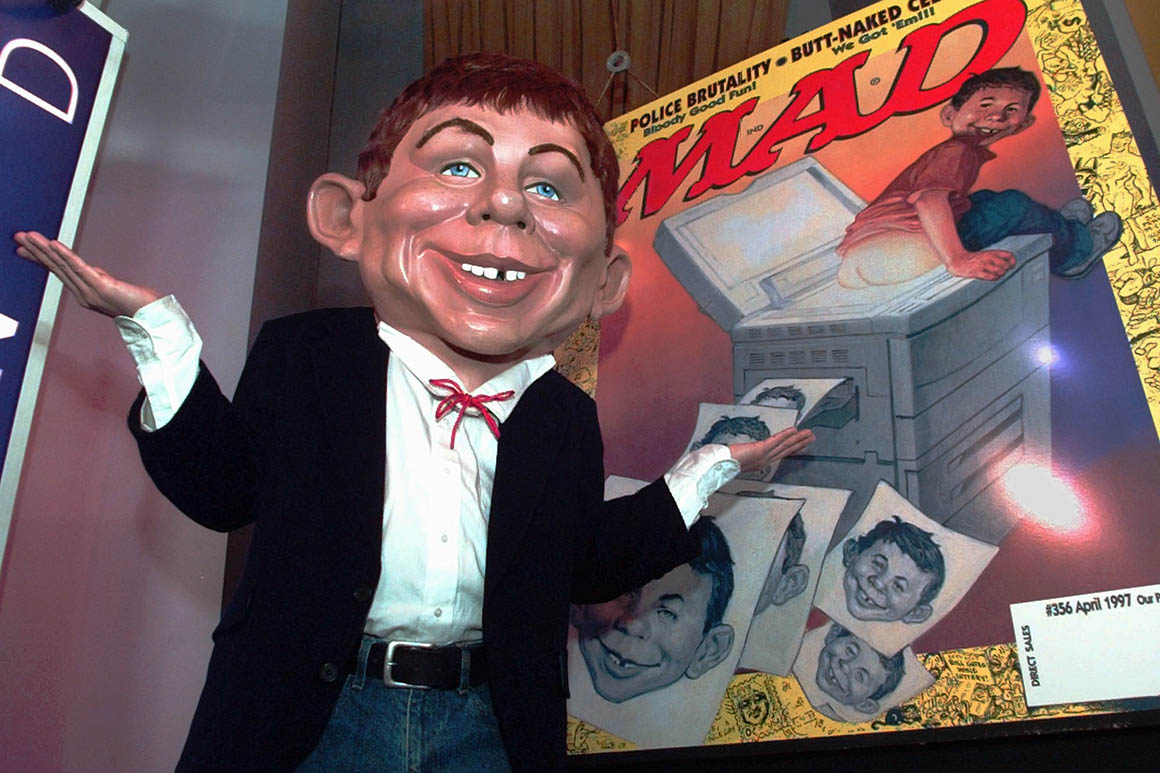 Mad magazine has trolled American politicians for decades. So perhaps Pete Buttigieg shouldn’t be too worried.

“Who’s Pete Buttigieg? Must be a generational thing,” the longtime satirical publication tweeted Friday following an admission from the 2020 Democratic presidential candidate that he wasn’t familiar with Alfred E. Neuman until President Donald Trump likened him to the gap-toothed cartoon character that is Mad’s unofficial mascot.

Buttigieg, 37, the mayor of South Bend, Ind., responded to the barb in San Francisco with a dig at the the 72-year-old president.

“I’ll be honest. I had to Google that,” he said. “I guess it’s just a generational thing. I didn’t get the reference. It’s kind of funny, I guess.”

Though Trump has been parodied by Mad several times over the course of his presidency, the magazine rushed on Twitter to defend the ubiquity of its trademark red-haired cover boy — whose freckled visage is often accompanied by the motto, “What, me worry?”

“[N]o way i’m voting for anyone who has never read mad magazine,” wrote one Twitter user in a post retweeted by Mad.

Though Neuman’s fame peaked more than 20 years ago, he was invoked by a future commander in chief as recently as 2008. Then-Sen. Barack Obama compared himself to the character at the Alfred E. Smith Memorial Foundation Dinner in New York one month before his general election matchup with former Sen. John McCain.

“There is no other crowd in America that I’d rather be palling around with right now,” Obama said. “It is often said that I share the politics of Alfred E. Smith and the ears of Alfred E. Neuman.”

Source: https://www.politico.com/story/2019/05/11/mad-magazine-pete-buttigieg-1317609
Droolin’ Dog sniffed out this story and shared it with you.
The Article Was Written/Published By: qforgey@politico.com (Quint Forgey)