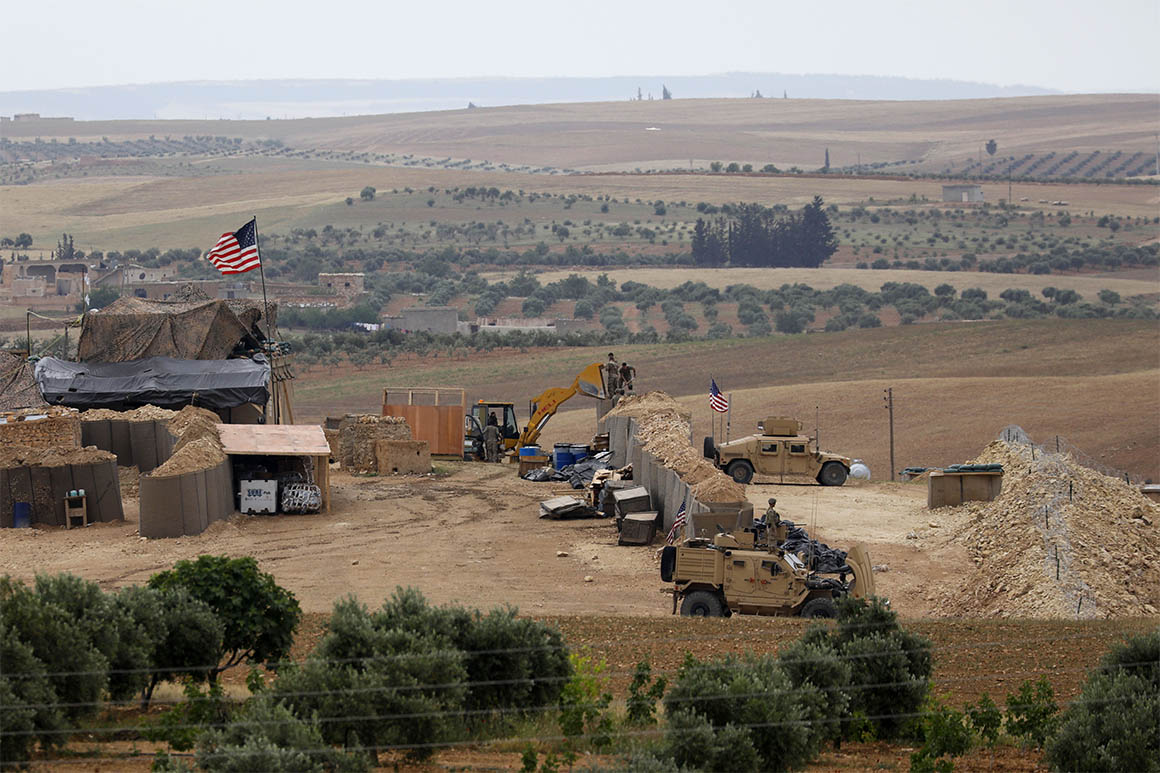 The Trump administration should stop withdrawing troops from Syria, where the Islamic State terrorist group already is re-constituting itself, a congressionally mandated panel of experts is telling lawmakers.

The Syria Study Group’s key findings in an interim report to Congress run against President Donald Trump’s stated desire to pull U.S. troops out of the war-torn Arab state, and contradict his boasts that the Islamic State’s territorial defeat is complete.

Trump ordered — and then partially halted — a withdrawal of 2,000 U.S. troops from the country late last year, and by some reports intends to keep a few hundred American personnel there. But the panel concluded that the draw down nonetheless “undermines confidence in the American commitment to Syria.”

The interim report, obtained Friday by POLITICO, asserts that U.S. sanctions on Iran are insufficient to convince the U.S. adversary to eliminate its military presence in Syria. And it warns that while Israeli actions have slowed Iran’s progress in Syria, a wider Israeli-Iran confrontation remains a possibility.

The Syria Study Group, housed at the U.S. Institute of Peace, was created by legislation spearheaded by Sen. Jeanne Shaheen (D-N.H.), who worked with the late Sen. John McCain (R-Ariz.) on the proposal. The interim report — produced by a dozen experts, each appointed by a member of Congress — was delivered to lawmakers earlier this month. The group’s final report is expected to be delivered in September.

It is the latest reminder of deep reservations within Congress about Trump’s hands-off attitude towards Syria, which he has said amounts to nothing more than “sand and death.” His late December order to withdraw American forces was a final straw leading to the resignation of his defense secretary, James Mattis, and his special envoy for the fight against the Islamic State, or ISIS, Brett McGurk.

The report warns that al-Qaida operatives remain active in the northwestern Syrian province of Idlib, where U.S. aircraft rarely venture due to Russian air defenses in the area. The Islamic State “is not the only terrorist threat emanating from Syria,” the report notes, explaining that al-Qaida “is in effective control of Idlib and retains the capacity to conduct external attacks.”

The document states that Syrian dictator Bashar Assad intends to re-take all of Syria and is unwilling to accept political compromises. But it also notes that Assad’s control over parts of the country remains tenuous.

It adds that the conflict in Syria has “enhanced Russian prestige in the region,” posing a long-term challenge to the United States. “Perceived success in Syria has emboldened Russia to seek to undermine U.S. influence in other parts of the region,” it states.

Like Iran, Moscow has put money and military muscle into supporting Assad. U.S. activities in Syria have been largely confined to battling terrorist groups, not Assad‘s regime.

This story will be updated.

Source: https://www.politico.com/story/2019/05/10/syria-study-group-troops-1317433
Droolin’ Dog sniffed out this story and shared it with you.
The Article Was Written/Published By: wmorgan@politico.com (Wesley Morgan)