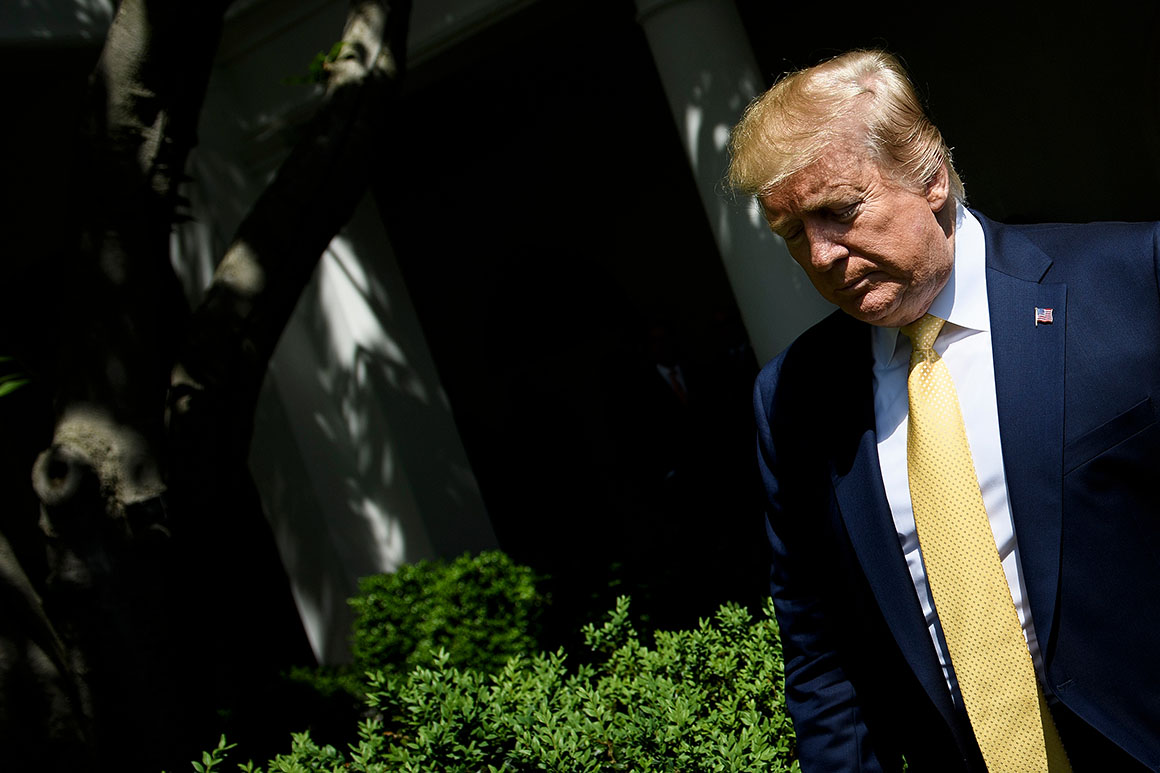 House Democrats issued subpoenas Friday for President Donald Trump’s tax records, escalating a fight that is likely to end up in court.

Ways and Means Chairman Richard Neal (D-Mass.), who is spearheading the effort, delivered formal demands for the filings to both Treasury Secretary Steven Mnuchin and IRS Commissioner Chuck Rettig.

Neal is giving them until 5 p.m. next Friday to comply.

“While I do not take this step lightly, I believe this action gives us the best opportunity to succeed and obtain the requested material,” he said in a statement. “I sincerely hope that the Treasury Department will furnish the requested material in the next week so the committee can quickly begin its work.”

The move comes as the administration is defying subpoenas from other Democrats investigating the executive branch, with lawmakers now in the process of holding Attorney General William Barr in contempt of Congress for rejecting their demand for an unredacted version of Robert Mueller’s report on Russian interference in the 2016 election.

If, as is widely expected, the administration rejects Neal’s subpoena as well, the next step for Democrats would likely be to sue for Trump’s confidential filings in court.

Given the administration’s resistance to other subpoenas, Neal had considered skipping issuing one himself and going directly to court.

Taking the subpoena route is likely to be more time-consuming, but it could help buttress a court case. At minimum, it would show a judge that Democrats tried other means of getting the information from the administration before turning to the court system.

Neal’s announcement came after Mnuchin on Monday formally rejected the Massachusetts Democrat’s request for the tax documents under an arcane law allowing the heads of Congress’ tax committees to examine anyone’s tax returns. Democrats could then vote to make some or all of Trump’s filings publicly available.

Mnuchin said Democrats don’t have a “legitimate” reason for seeking the returns.

Spokespeople for Treasury and the IRS confirmed the agencies had received the subpoena, without commenting on the substance of Neal’s demand.

A court fight could test the balance of power between Congress and the White House, and potentially stretch well into next year, possibly beyond the 2020 elections.

Many legal experts say it’s hard to predict how judges might decide such a case, in part because the issue is so novel.

The law Neal is citing is typically used by lawmakers to inform the tax policymaking process. If Congress is trying to outlaw a corporate tax shelter, for example, they might tap the law to examine the returns of a company using the maneuver to better understand how it works. The courts have never ruled on whether it can be used to seize the returns of a president who, like Trump, has defied a long-standing tradition of voluntarily disclosing them.

Democrats like their chances in a court battle, pointing to the plain language of the statute, which says the Treasury secretary “shall” hand over the returns upon request. It does not impose any limitations or conditions.

Democrats have a long list of questions about Trump’s finances, and say they also need his tax records to vet an IRS policy of automatically auditing every president. They are seeking his personal returns and some of his business ones from 2013 through 2018. Legal observers say judges have often determined that lawmakers have broad oversight powers.

But the Supreme Court has also said they are not unlimited. It has ruled lawmakers must have a legitimate legislative reason for their inquiries, something related to their official duties as lawmakers.

In a letter to Neal on Friday morning, Rep. Kevin Brady (Texas), the top Ways and Means Republican, accused Democrats of mounting a “coordinated attempt to weaponize the tax code and use Congress’s legitimate oversight authority for political gain.”

A court would have to determine whether the legitimate reason standard applies here and, if so, whether Democrats meet it. A judge might also consider other concerns like if forcing the administration’s hand would have broader implications for executive power, congressional oversight or taxpayers’ right to privacy.

It would not be unusual, some experts say, if a judge was reluctant to get involved in such a politically charged case and instead pushed the two sides to compromise.

“It puts them in a very difficult position,” said Carl Tobias, a law professor at the University of Richmond. “They don’t want to be in the middle refereeing the two branches and so they try to encourage settlements.

“That usually works, but here it may not given how the White House has been behaving — it’s hard to imagine that Trump is going to back down or compromise,” he said.

Source: https://www.politico.com/story/2019/05/10/house-democrats-subpoenas-trump-tax-returns-1317459
Droolin’ Dog sniffed out this story and shared it with you.
The Article Was Written/Published By: alorenzo@politico.com (Aaron Lorenzo)