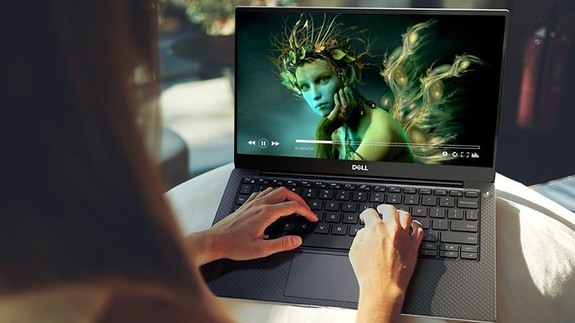 A lot of Team Apple folks act like it’s MacBook or nothing — like not getting a MacBook automatically means that the laptop you chose is a $300 hunk of junk that weighs seven pounds.

Coming from an Apple fan, that’s simply not true. The Dell XPS 13 has been a serious MacBook competitor in the looks department and the power department for a while now. It’s one of the best laptops for Windows and just in general, and the newest model is on sale for just $1,299.99 today.

SEE ALSO: Dell’s new XPS 13 is a good alternative if the MacBook Pros make you angry

Just revealed at CES 2019, the newest Dell XPS 13 left alone everything that was great about the old model and fixed the stuff that everyone hated. Most notably: The camera placement. Otherwise known as the “single worst thing about the XPS 13.” Laptops nowadays have a weird thing for placing the webcam near the hinges, giving an awkward up-the-nose look. Dell finally returned to putting the webcam along the top bezel in the new XPS 13. Read more…

More about Laptops, 2 In 1, Dell, Mashable Shopping, and Shopping Solo

Source: https://mashable.com/shopping/deal-may-10-2019-dell-xps-13/
Proactive Computing found this story and shared it with you.
The Article Was Written/Published By: Leah Stodart