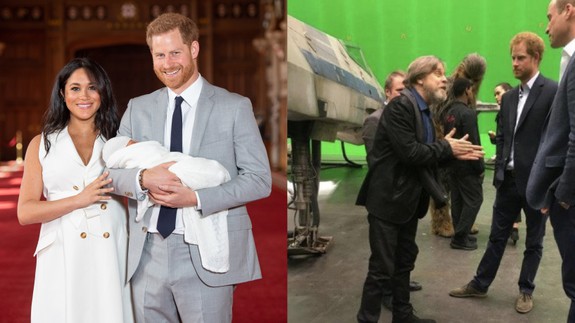 Mark Hamill is a pretty convincing guy. So convincing, in fact, that he says he twisted Prince Harry and Prince William’s arms into naming the next royal baby after a Star Wars actor.

The Luke Skywalker actor tweeted a photo of himself essentially imploring the princes on the set of Star Wars. In his tweet, he claims to have asked them to name the next royal baby after their favourite Star Wars character.

Sadly for Hamill, it seems that favourite character wasn’t him, though: it was Han Solo, played by Harrison Ford. Source: https://mashable.com/article/mark-hamill-royal-baby-name/
Droolin’ Dog sniffed out this story and shared it with you.
The Article Was Written/Published By: Rachel Thompson