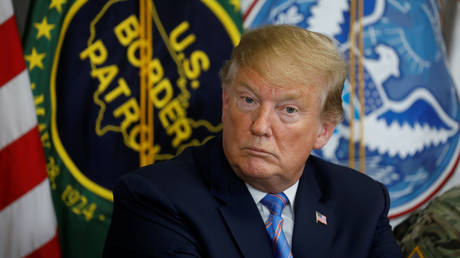 Internet provocateur and court memesmith of the Trump Kingdom ‘Carpe Donktum’ has been suspended from Twitter for posting a video depicting the president shooting CNN’s Jim Acosta, following a pressure campaign from the left.
Read Full Article at RT.com

Source: https://www.rt.com/usa/458827-trump-meme-banned-twitter/?utm_source=rss&utm_medium=rss&utm_campaign=RSS
Droolin’ Dog sniffed out this story and shared it with you.
The Article Was Written/Published By: RT