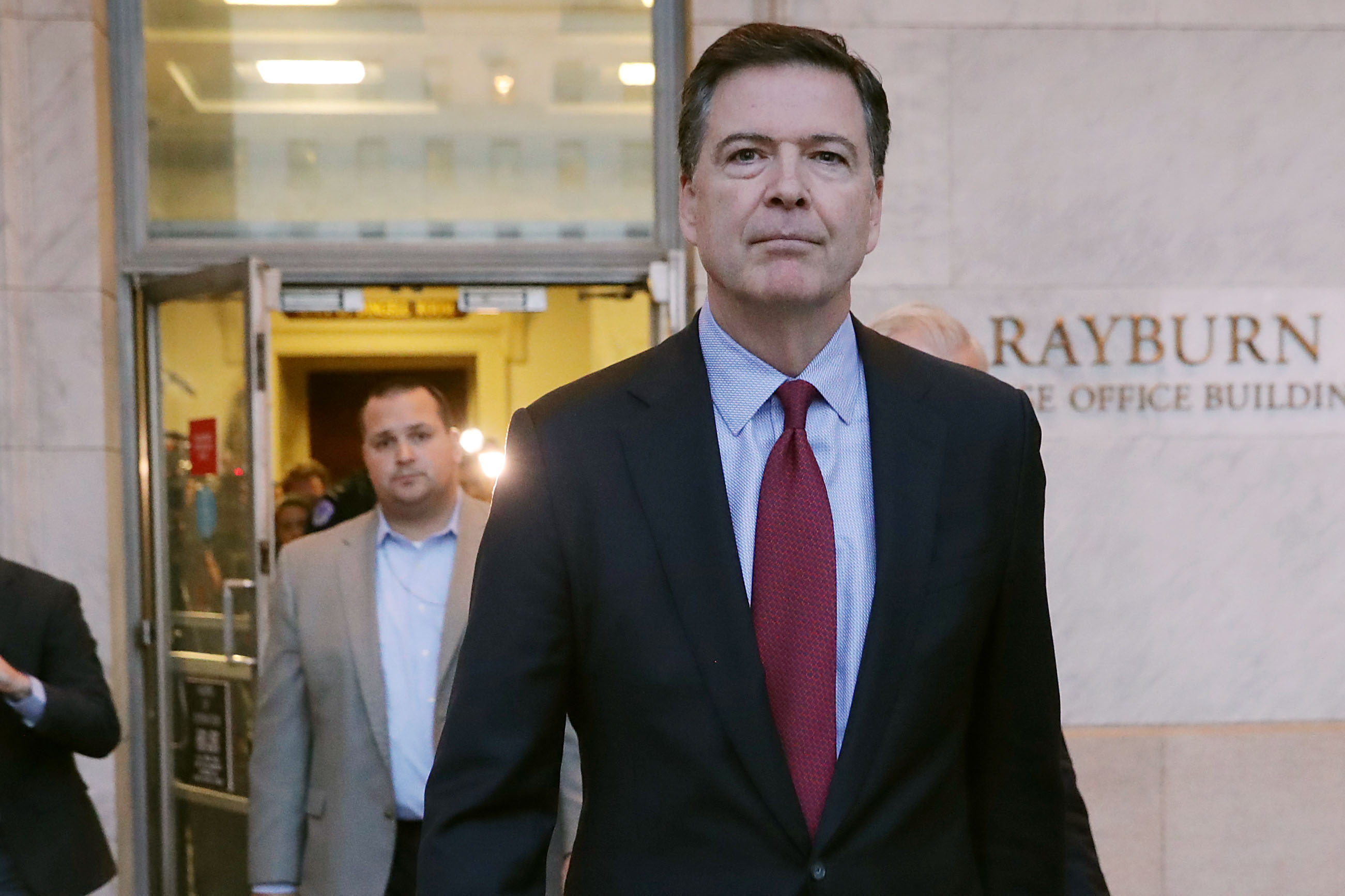 Former FBI Director James Comey said Wednesday that the bureau “doesn’t spy” and that he “had no idea” why Attorney General William Barr used that language to describe agents’ investigation of President Donald Trump’s 2016 campaign.

“I have no idea what (Barr’s) talking about. The FBI doesn’t spy. The FBI investigates,” Comey said on CBS This Morning. “The Republicans need to breathe into a paper bag. If we had confronted the same facts with a different candidate, say a Democrat candidate…they would be screaming for the FBI to investigate, and that’s all we did.”

On Tuesday, FBI Director Christopher Wray, who got the job after Trump fired Comey, told the Senate Appropriations Committee that spying is “not the term I would use” to describe the bureau’s probe into Trump’s 2016 campaign.

Trump has claimed the FBI “spied” on his campaign and that subsequent investigations into Russian interference in the 2016 election, including by special counsel Robert Mueller, were part of an “attempted coup” against him.

Barr mirrored that language when he testified before Congress in April.

Source: https://www.politico.com/story/2019/05/08/comey-fbi-spying-1311496
Droolin’ Dog sniffed out this story and shared it with you.
The Article Was Written/Published By: jhermani@politico.com (Jordyn Hermani)