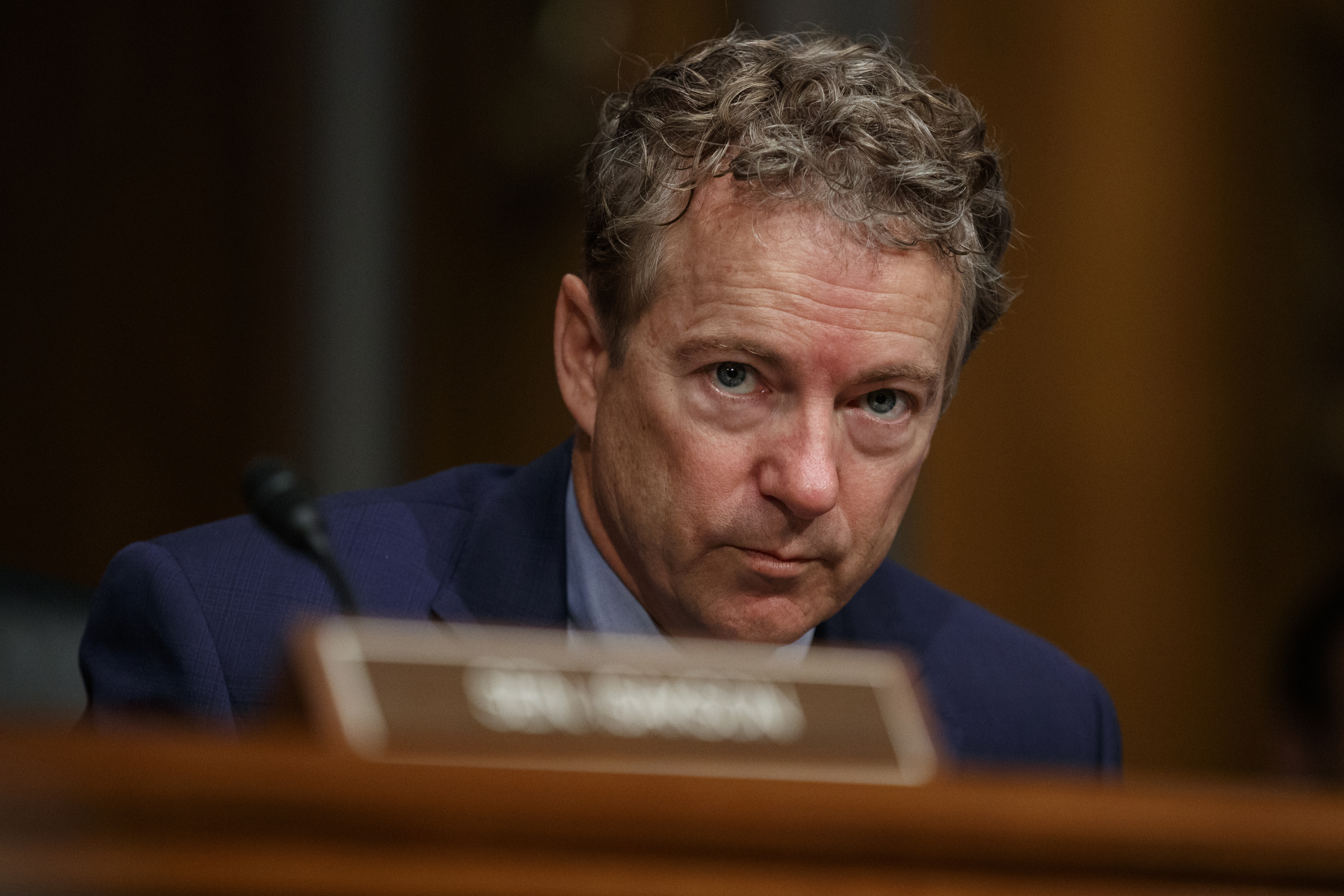 As the odds of military intervention against Venezuela and Iran appear to rise, some of Donald Trump’s top allies on Capitol Hill are divided over whether the president needs the approval of Congress to move forward with the use of force.

Secretary of State Mike Pompeo has threatened military action to support Venezuelan opposition leader Juan Guaidó in his fight against dictator Nicolás Maduro. And White House national security adviser John Bolton on Sunday announced the deployment of an aircraft carrier strike group to the Middle East, warning Iran “that any attack on United States interests or on those of our allies will be met with unrelenting force.”

Most Senate Republicans want to see Maduró ousted, and they have no affection toward Tehran. But should the military threats turn into reality, Trump is likely to face a divided GOP caucus over whether he needs authorization from Congress.

“The president doesn’t have the authority to do it without our permission,” said libertarian-leaning Sen. Rand Paul (R-Ky.), a frequent golf partner of the president, when asked about a possible military intervention in Venezuela. “There has to be a vote in Congress or it will be illegal and unconstitutional.”

Sen. Lindsey Graham (R-S.C.), who is also close to Trump and is the polar opposite of Paul on foreign policy said, “I don’t care about voting on the use of force.”

Paul was one of seven Republican senators who recently supported a resolution to withdraw U.S. support for the Saudi-backed war in Yemen, in part based on the argument that the administration lacked the authority under the War Powers Act. Trump vetoed the resolution, and the Senate failed to override it last week.

Senate Foreign Relations Chairman Jim Risch (R-Idaho) said that military intervention is “always” on the table. But he declined to say whether he would require his committee to approve of any new conflict.

“I don’t think we should take anything off the table,” said Sen. John Cornyn (R-Texas), who noted, in reference to developments in Venezuela, “the Russians will be crowing that they have defeated American intentions in our own backyard.”

Indeed, the Senate GOP is made up largely of defense hawks and pro-Trump politicians. But Sen. Todd Young (R-Ind.) said the issue of war has nothing to do with what’s popular or easy in Congress: “I haven’t discussed it with my colleagues, I’ve just read the Constitution.”

“We are the body that authorizes the use of military force,” said Young, who voted to curtail the U.S. role in Yemen’s civil war. “We’re also the body that declares war, unless other authorities can credibly be pointed to as justification for military action. And I’m unaware of circumstances currently existing where those authorities could be credibly invoked.”

Congress has long avoided votes to renew authorization for U.S. military action abroad since the 2001 and 2003 laws were passed to govern the wars in Afghanistan and Iraq.

But the debate has gotten more attention in recent months. The bipartisan Yemen resolution marked the first time Congress invoked the War Powers Act to revoke U.S. military action. That debate is only likely to continue if saber-rattling rhetoric continues from the White House.

Democrats have been more united in calling for the Trump administration to seek congressional input when it comes to military intervention.

Sen. Tim Kaine (D-Va.) described Bolton’s rhetoric Monday as “unnecessarily bellicose” and said that if the administration intervenes either in Venezuela or Iran without authorization “they have made a judgment they couldn’t convince Congress.”

Several Senate Republicans said Monday that the use of military force to oust Maduro should be on the table and criticized Russia and Cuba for their support of his regime. Members of the GOP are also eager to confront Iran.

“There would be no Maduro without Cuban forces and Russian forces,” Graham said. “So they’re the ones that decided to interject military force into the equation. So I think we should be” keeping it as an option.

When it came to Bolton’s latest statements on Iran, several Republicans backed him. Bolton said Sunday that the administration sent an aircraft carrier in response to “troubling and escalatory indications” from Iran. Sen. Shelley Moore Capito (R-W.Va.) said that because U.S. troops were in harm’s way, “it’s appropriate to be close and have assistance,” while Sen. Mitt Romney (R-Utah) said the president “has a responsibility to protect our citizens.”

Sen. John Kennedy (R-La.) described Iran as a “cancer on the world” and said that he’d support “any reasonable action that will deter their egregious conduct.”

When asked whether Congress should play a role in endorsing military action in Iran or Venezuela, Kennedy said he believed “the president will seek our input.”

Source: https://www.politico.com/story/2019/05/06/trump-military-senate-gop-1307384
Droolin’ Dog sniffed out this story and shared it with you.
The Article Was Written/Published By: Burgess Everett