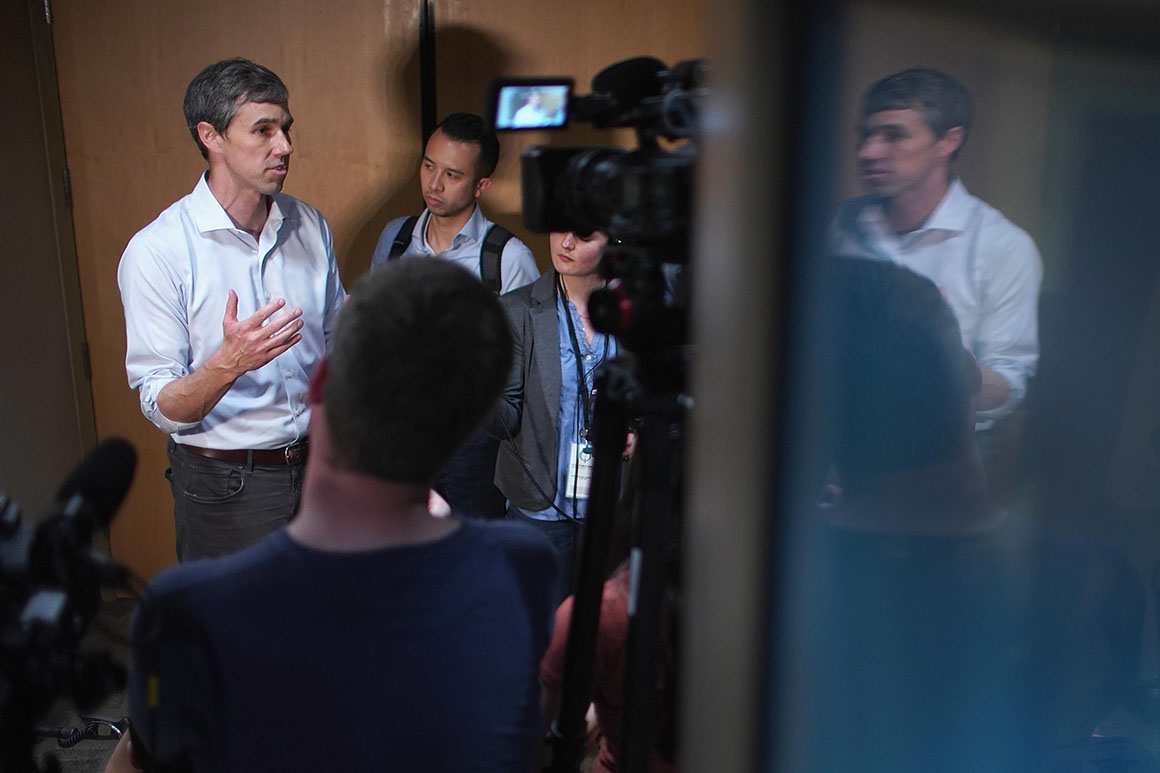 Beto O’Rourke has hired a digital director for his presidential campaign as the former congressman attempts to find his footing and organize a viable campaign in a growing field of Democrats.

The move comes nearly eight weeks after the former Texas congressman announced his candidacy. It is one of several senior hires O’Rourke has made after entering the race, along with campaign manager Jen O’Malley Dillon, the deputy campaign manager for Barack Obama’s 2012 reelection bid.

The hire also comes soon after the departure of two senior officials who worked on O’Rourke’s Senate run and Bernie Sanders‘ 2016 presidential campaign, Becky Bond and Zack Malitz. Their abrupt exits, first reported by BuzzFeed, led some Democrats to speculate that the digital firm Middle Seat would depart next given that is also run by former Sanders staffers such as Hector Sigala, the firm’s co-founder.

But a campaign aide said that Sigala and Middle Seat were staying and partnering with Flaherty. “We are excited that Rob Flaherty will be joining our team as digital director and working closely with Hector Sigala — our senior adviser for digital — and the entire Middle Seat team,” the aide said.

As he did in his Senate run last year against incumbent Ted Cruz, O’Rourke has not followed a traditional playbook in launching his White House campaign. Often, senior positions are set either before the official announcement or soon after. But O’Rourke has been setting up the organization as he goes, sometimes prompting a scramble for staff — and internal confusion.

After an initial surge in fundraising and a bump in his national poll numbers, O’Rourke has seen both sag, according to campaign finance reports and public polls. But the 46-year-old former congressman has also been able to set a furious pace of town halls and meet-and-greets as he barnstorms the country, aided by the fact that he no longer has to go to Washington every week.

And his goal remains the same, according to email missives from his campaign: to build “the largest grassroots campaign for president ever.”

Source: https://www.politico.com/story/2019/05/07/beto-orourke-campaign-staff-2020-1309750
Droolin’ Dog sniffed out this story and shared it with you.
The Article Was Written/Published By: dsiders@politico.com (David Siders)