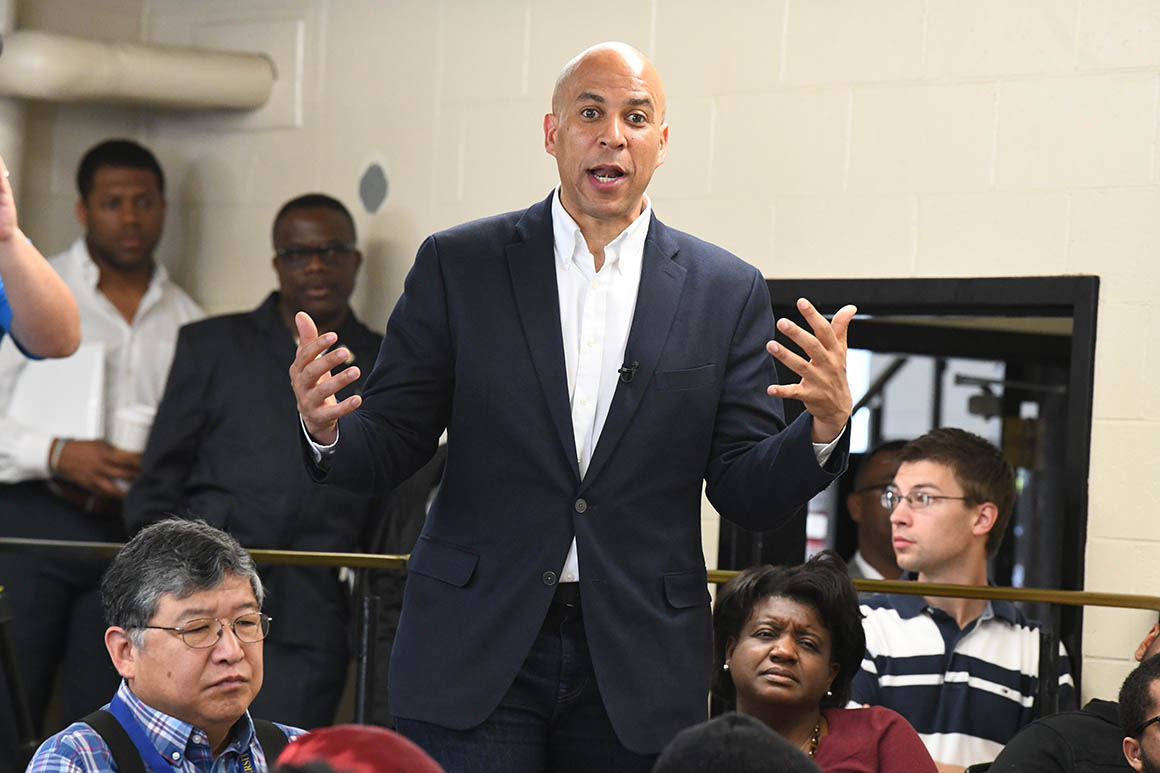 Sen. Cory Booker on Sunday said he’d take incremental steps to overhaul the American health care system rather than push through “Medicare for All” if elected president.

Despite his support for the proposal, the New Jersey Democrat told CNN host Jake Tapper that his experience as mayor of Newark, N.J., taught him, “You don’t let your purity of what you’re looking for undermine urgent results needed right now for the people in your community.

“I stand by supporting Medicare for All,” he said. “But I’m also that pragmatist that when I’m chief executive of the country … I’m going to find the immediate things that we can do.”

Booker’s comments underscore the tensions playing out in the 2020 Democratic presidential primary between progressives pushing sweeping economic proposals and moderates saying that more incremental moves will be necessary if the party wins back executive power in Washington.

Booker is one of several 2020 contenders co-sponsoring the Medicare for All bill introduced by Sen. Bernie Sanders (I-Vt.). That legislation would expand government-run health coverage and shrink private health insurance. Sanders is polling ahead of most other Democrats running for president.

But Booker said in the CNN interview airing Sunday: “We’re not going to pull health insurance from 150 million Americans who have private insurance that like their insurance.” He denied he was bending to pressure from the left by supporting Medicare for All.

“It’s going to have to be a pathway to getting there that is going to start with the commonsense things that can unite Americans,” he said

Booker predicted a big hurdle would be gridlock in Congress even if Democrats prevail in November 2020.

“I believe, if we’re designing our system, Medicare for All is the right way to go,” he said. “But I’m also realistic to say — and you know this — when I become president, we may have only maybe a 50-50 tie in the Senate. And my vice president, whoever she is, is going to have to get a lot of exercise going to the Senate and breaking ties. We are going to have to do things that might get me toward my goal of expanding access and lowering costs.”

Source: https://www.politico.com/story/2019/05/05/cory-booker-medicare-for-all-1302505
Droolin’ Dog sniffed out this story and shared it with you.
The Article Was Written/Published By: zwarmbrodt@politico.com (Zachary Warmbrodt)