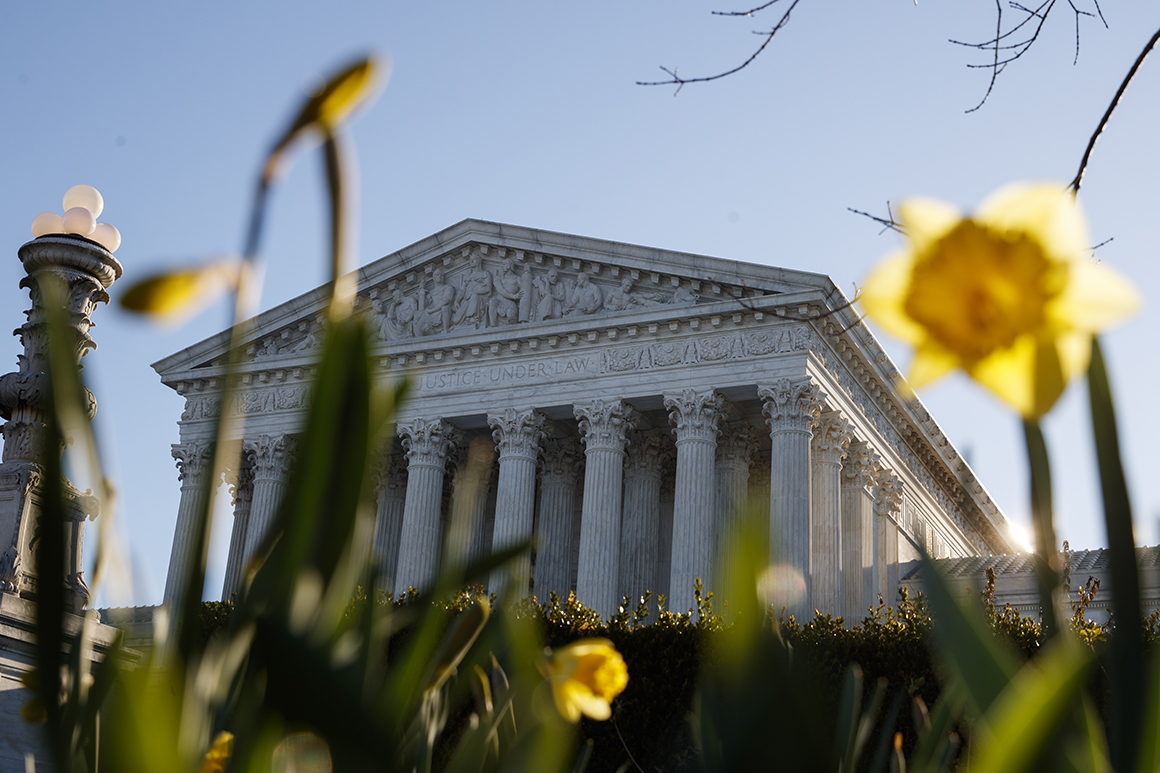 The Supreme Court has agreed to take up a set of high-profile cases involving gay rights and the rights of transgender people in the workplace.

The justices announced Monday that they will consider whether existing federal law banning employment-related sex discrimination also prohibits discriminating against individuals on the basis of sexual orientation or because they are transgender.

The Supreme Court said it will hear a pair of cases in which federal appeals courts split over whether gay and lesbian employees are protected by the Civil Rights Act of 1964.

The justices also accepted another case involving a transgender funeral home employee, saying they will consider whether transgender status is protected in itself or whether it falls within existing law against “sex stereotyping.”

The cases are expected to be argued in the fall.

Source: https://www.politico.com/story/2019/04/22/supreme-court-to-take-up-cases-on-gay-and-transgender-rights-in-the-workplace-1284791
Droolin’ Dog sniffed out this story and shared it with you.
The Article Was Written/Published By: jgerstein@politico.com (Josh Gerstein)