Want to have crontab use the editor of your choice instead of the other way around? This tutorial shows you how. These instructions will work with Linux, macOS and other Unix-like operating systems.

The Touchy Subject of Text Editors

A text editor performs a pretty mundane task. Yet the depth of feeling people associate with their personal preference editor has led to flame wars that have been burning since 1985. We’re not stoking that fire, nor advocating one editor over another. What we’re going to show you is how to change the default editor for crontab to something else, should you choose to.

RELATED: How to Schedule Tasks on Linux: An Introduction to Crontab Files

The very first time you issue the crontab command with the -e (edit) option in a Bash terminal, you’re asked to pick the editor you’d like to use. Type crontab , a space, -e and press Enter.

The editor you select is then used to open your cron table. In this example, nano was chosen by pressing the 1 key. 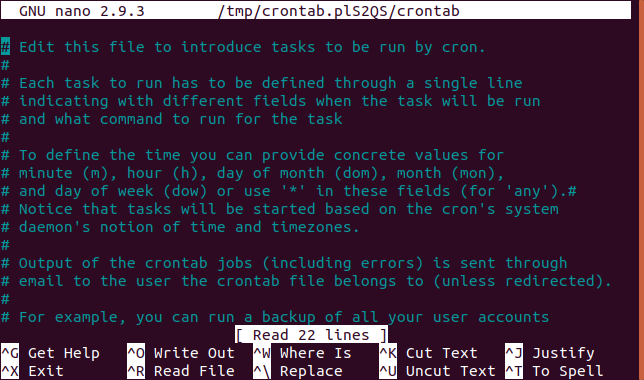 The editor that you select from the menu is used every time you issue the crontab -e command. If you later change your mind, how do you pick another editor if you only get the menu the first time? That’s easy. The command to use is select-editor.

Source: https://www.howtogeek.com/410995/how-to-change-the-default-crontab-editor/
Proactive Computing found this story and shared it with you.
The Article Was Written/Published By: Dave McKay