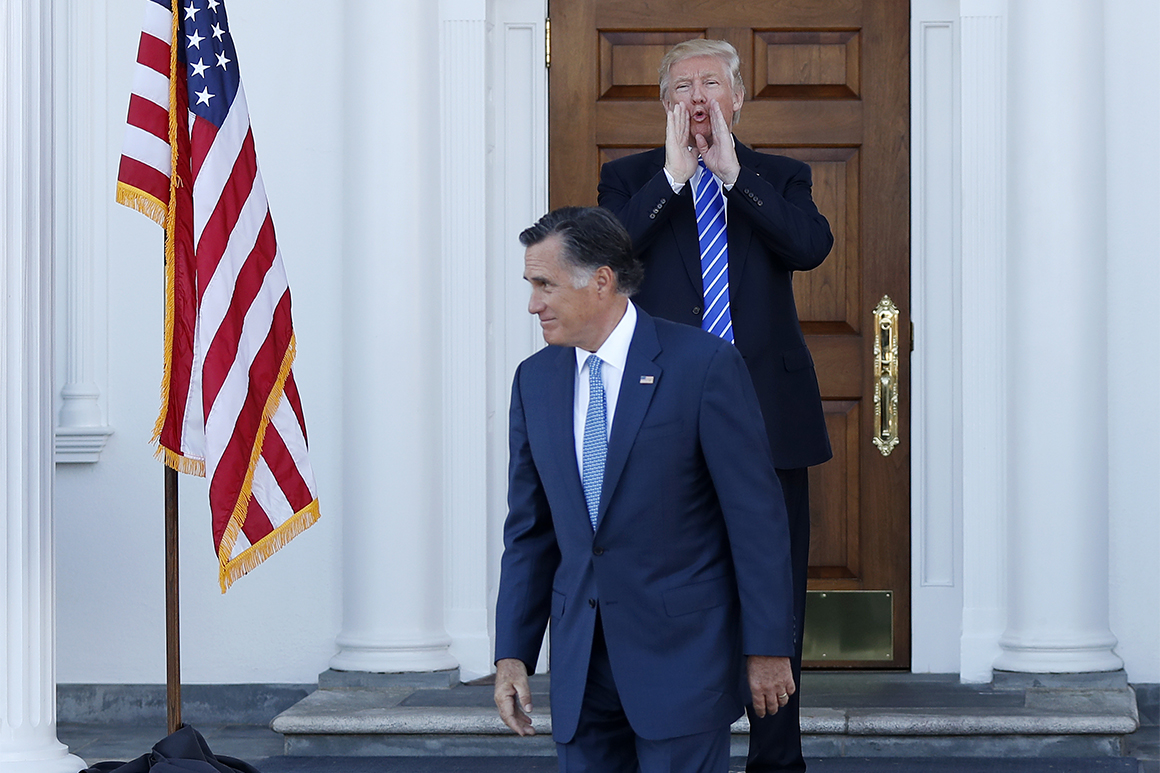 President Donald Trump on Saturday ridiculed Sen. Mitt Romney (R-Utah) for his loss to former President Barack Obama in the 2012 election — one day after Romney said he was “sickened” by Trump’s actions as detailed in special counsel Robert Mueller’s report.

“If @MittRomney spent the same energy fighting Barack Obama as he does fighting Donald Trump, he could have won the race (maybe)!” Trump tweeted.

Attached to the president’s post was a 40-second video contrasting election night footage and CNN news coverage from Romney’s White House loss six-and-a-half years ago to Obama with Trump’s victory over Hillary Clinton in 2016. It was unclear whether the White House produced the brief clip, or if it was crafted by one of the president’s supporters.

Romney is one of the few Republican senators who has expressed disappointment in the president following the release of a redacted version of Mueller’s report by Attorney General William Barr on Thursday.

Sen. Susan Collins (R-Maine) told a radio station that the special counsel’s findings offered “an unflattering portrayal of the president,” and Sen. Rob Portman (R-Ohio) said in a statement that the 448-page report “documents a number of actions taken by the president or his associates that were inappropriate.”

But Romney was harsher in his criticism than his GOP Senate colleagues, saying in a statement Friday that he was “sickened at the extent and pervasiveness of dishonesty and misdirection by individuals in the highest office of the land, including the President.”

The Utah senator also said he was “appalled” that individuals associated with Trump’s 2016 campaign “welcomed help from Russia” — which Romney was roundly dismissed for naming as America’s greatest geopolitical foe during a 2012 debate with Obama.

Romney and Trump’s weekend swipes represent the latest in a years-long series of rhetorical barbs exchanged between the Republican Party’s two most recent presidential nominees.

Romney was critical of Trump’s candidacy throughout the 2016 White House race, prompting Trump to tweet in June of that year that Romney “choked like a dog” against Obama in 2012.

In January 2019, two days before Romney was set to be sworn in as Utah’s junior senator, he wrote in an op-ed for The Washington Post that Trump “has not risen to the mantle” of his office, and that the president’s “words and actions have caused dismay around the world.”

Trump responded less than 24 hours later on Twitter, writing online that he would “prefer that Mitt focus on Border Security and so many other things where he can be helpful. I won big, and he didn’t. He should be happy for all Republicans. Be a TEAM player & WIN!”

Despite the mutual enmity, Romney — a former governor of Massachusetts — was reportedly once on Trump’s shortlist to become secretary of state. He dined with the president-elect in November 2016.

Source: https://www.politico.com/story/2019/04/20/mueller-report-trump-romney-1283781
Droolin’ Dog sniffed out this story and shared it with you.
The Article Was Written/Published By: qforgey@politico.com (Quint Forgey)