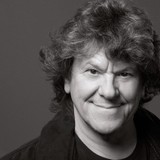 An email alerting agents to the postponement of Woodstock 50’s ticket on-sale has prompted fears that the 100,000-person anniversary concert will be cancelled, although founder Michael Lang cast the fears as merely “rumors” late Friday.

Source: https://www.spin.com/2019/04/michael-lang-calls-woodstock-50-cancellation-rumors-after-ticket-on-sale-postponed/
Indie Brew found this story and shared it with you.
The Article Was Written/Published By: Dave Brooks, Billboard