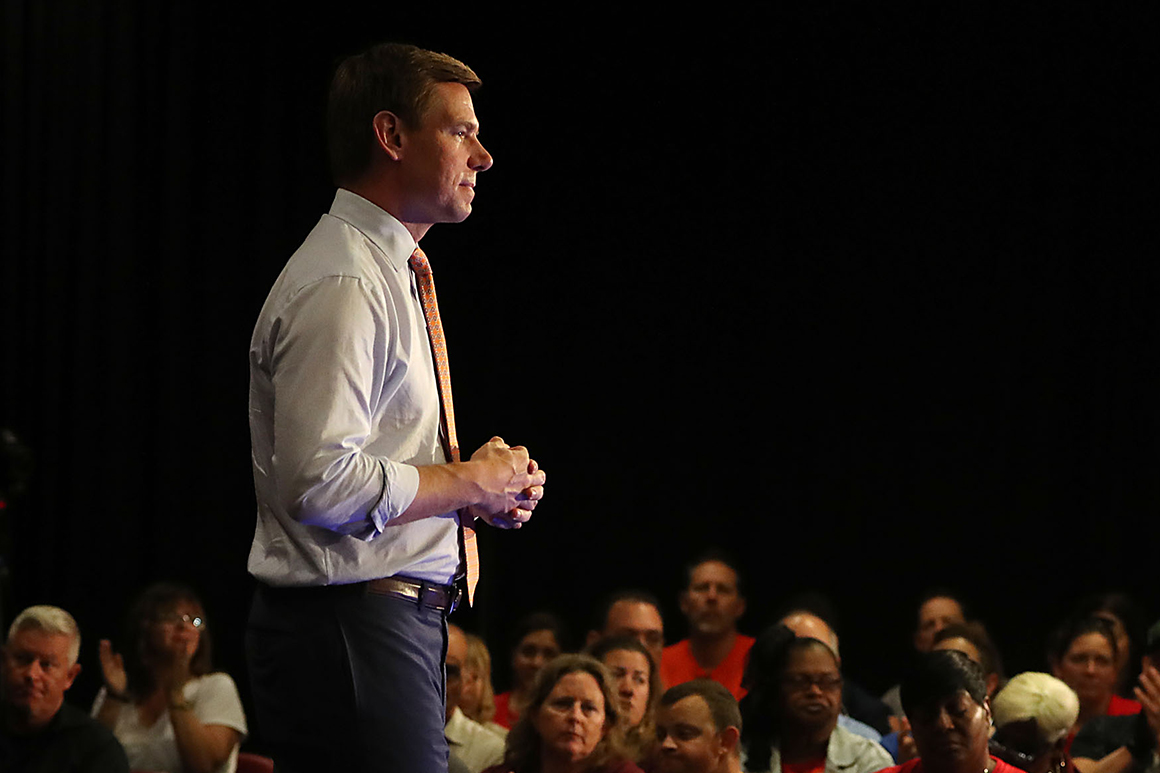 A Florida man has been arrested after making violent threats against three members of Congress, including two Democratic presidential candidates.

A trio of Democrats — Sen. Cory Booker of New Jersey, and Reps. Eric Swalwell of California and Rashida Tlaib of Michigan — were on the receiving end of belligerent messages from 49-year-old John Kless, according to a complaint filed by the U.S. Attorney’s Office for the Southern District of Florida.

All three have garnered increasing national attention in recent months: Booker as he played a prominent role in Supreme Court Justice Brett Kavanaugh’s confirmation hearing ahead of a presidential run; Tlaib for her vocal criticism of President Donald Trump and ascendance as a voice of Democrats’ rising progressive generation; and Swalwell for assailing Trump and promoting gun control as he pursues his own presidential bid.

The complaint quotes a profanity-laced message allegedly targeting Swalwell, who has made gun control a centerpiece of his platform and clashed with critics on Twitter, warning that “the day you come after our guns” is “the day you’ll be dead.”

Swalwell has previously highlighted similar threats, posting to Twitter a voicemail in which a caller can be heard mimicking the sound of gunfire and saying the California congressman would be a “casualty.” Swalwell responded to Kless’ arrest on Friday by praising law enforcement for “for protecting my staff and constituents.”

The alleged threats to Booker and Tlaib seem to reference comments about the Sept. 11, 2001, terrorist attacks by Rep. Ilhan Omar of Minnesota — who, like Tlaib, is Muslim — that Republicans, including Trump, have seized on to lambaste Omar. In both cases, Kless is quoted defending the president.

“Tell your Taliban friend to” stop talking about 9/11, he is quoted telling Tlaib, adding that “this ain’t Trump’s fault” and “you definitely don’t tell our president, Donald Trump, what to say.”

According to the complaint, Kless had earlier made “profane/harassing calls” to the office of House Speaker Nancy Pelosi (D-Calif.) in which he spoke of “Congress taking away his guns, abortion, illegal immigration and Muslims in Congress.”

Source: https://www.politico.com/story/2019/04/19/violent-threats-swalwell-booker-tlaib-1283435
Droolin’ Dog sniffed out this story and shared it with you.
The Article Was Written/Published By: jwhite@politico.com (Jeremy B. White)