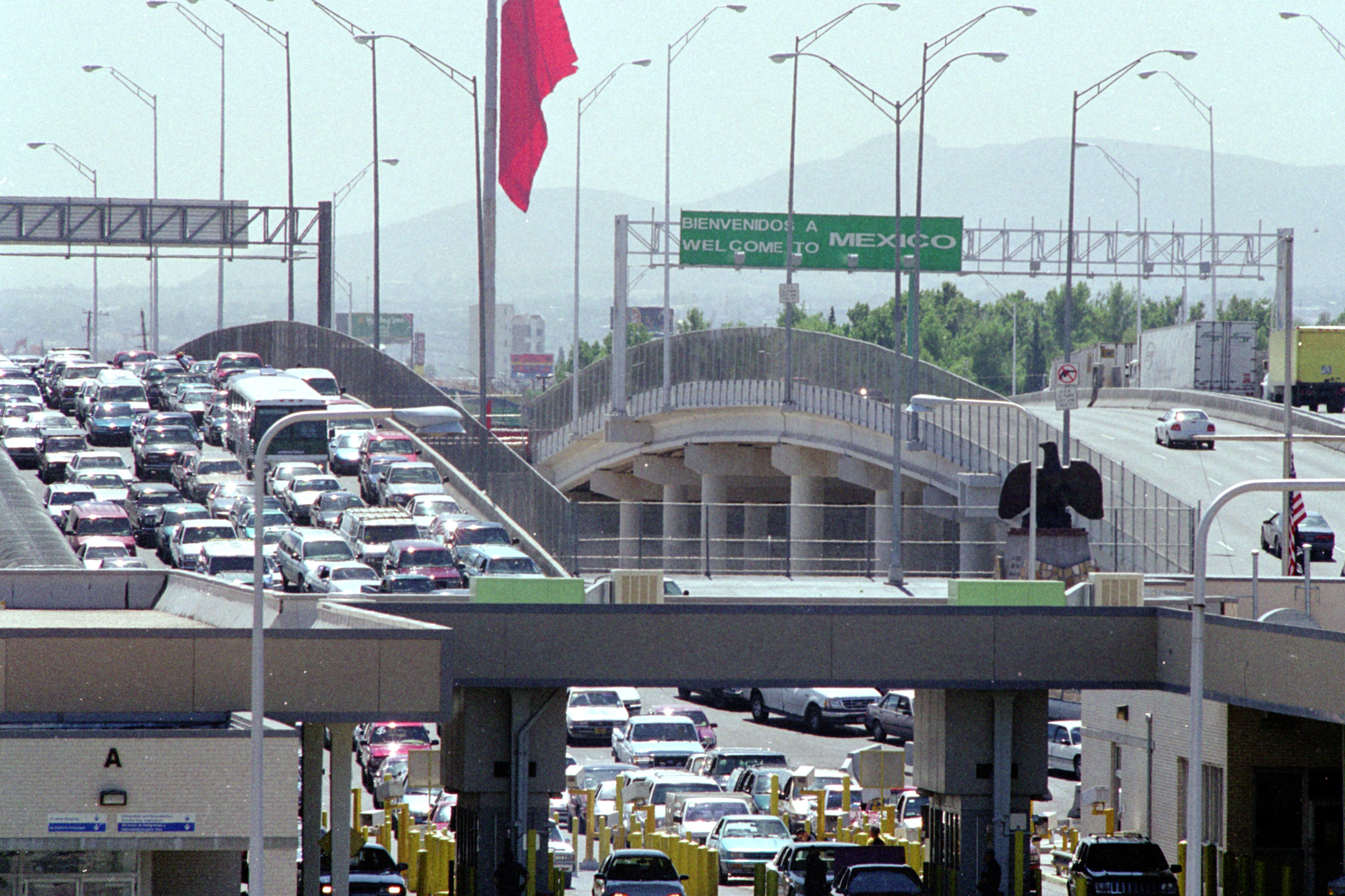 The U.S.-Mexico-Canada Agreement is likely to provide a slight boost to the American economy, the U.S. International Trade Commission said Thursday in a long-anticipated analysis of the Trump administration’s signature trade accomplishment.

The new pact, which President Donald Trump has portrayed as a “truly groundbreaking achievement,” would raise U.S. GDP by $68.2 billion, or 0.35 percent, by the sixth year after it enters into force, the independent panel found. The USMCA would also create 176,000 U.S. jobs, increasing employment by 0.12 percent, according to the analysis.

The ITC’s highly anticipated assessment of the replacement deal for NAFTA is expected to drive debate as the USMCA is considered on Capitol Hill and discussed in 2020 election campaigns. But the report’s forecast of a minimal increase in the GDP could make it more difficult for Trump to sell the deal to Democrats and labor groups, who have been pushing for a number of changes before the agreement gets a vote.

Administration officials previously sought to minimize expectations because the ITC report was widely expected to be a marginal headline number. Commerce Secretary Wilbur Ross said last week that the report’s details were less important than its release, which checks off an important procedural step in the USMCA ratification process.

Shortly before the ITC report was released on Thursday, the Office of the U.S. Trade Representative put out an analysis of the deal’s projected impact on the U.S. auto sector that forecast the creation of roughly 76,000 U.S. automotive jobs over the next five years — a figure nearly three times what the ITC found.

The ITC analysis shows that changes to NAFTA’s automotive rules of origin, or rules governing how much of a car must be sourced from within North America in order to receive tariff-free treatment, would have some of the most significant effects on the U.S. economy of any aspect of the new pact.

The new rules would lead to a net increase of 28,000 full-time U.S. jobs in the auto sector, the ITC found. The overall projections for the auto sector, however, are mixed: Stricter rules are estimated to slightly increase U.S. production of automotive parts and employment, but they will also cause a small increase in prices for consumers and a modest decrease in U.S. vehicle consumption. The new rules would also “draw resources away from other manufacturing sectors and the rest of the U.S. economy, driving up production costs from other sectors,” the ITC found.

The ITC found that another part of the deal that will have a significant impact on the U.S. economy is new rules governing digital trade, which are expected to reduce uncertainty and boost e-commerce.

The replacement deal for NAFTA “would likely have a positive impact on all broad industry sectors within the U.S. economy,” the ITC said in the congressionally mandated study.

Under the new deal, manufacturing would see the largest percentage gains across the board — in wages, employment, output and exports, the report said. Services would also experience major gains in output and employment.

The report factors in the Trump administration continuing its tariffs on steel and aluminum imports from Mexico and Canada, as well as other U.S. trade policies that were in place when the deal was signed by the three countries in November.

There are several reasons the USMCA would not provide much of a boost to economic growth, the report says. The new agreement is meant to replace an existing deal between the U.S., Mexico and Canada. Under the original NAFTA, nearly all tariffs between the three countries were eliminated. As a result, little new growth would come from increased trade in manufactured and agricultural goods.

Many lawmakers have been eagerly awaiting the independent agency’s analysis of the USMCA and several have said they will examine the report closely before making up their minds on how they will vote for the deal.

Ron Wyden, the top Democrat on the Senate Finance Committee, said the report “confirms what has been clear since this deal was announced — Donald Trump’s NAFTA represents at best a minor update to NAFTA, which will offer only limited benefits to U.S. workers.”

Others have been more circumspect. Asked before the report’s release on Thursday whether it would shift the debate on the USMCA on Capitol Hill, Senate Finance Chairman Chuck Grassley (R-Iowa) responded simply: “No.”

Business groups and other supporters of the deal have also said the focus should not only be on its economic impact, but on the importance of certainty and modernized standards.

“The true benefit that USMCA delivers for American farmers is certainty and stability,” Brian Kuehl, co-executive director of Farmers for Free Trade, a coalition of agriculture commodity groups, said in a statement. “USMCA will guarantee that their most important export markets remain open for business and free from red tape.”

Release of the ITC report removes one of the remaining procedural hurdles before Congress can consider the new trade deal. The report is required under the Trade Promotion Authority legislation, which allows Trump to submit trade deals to Congress for a straight up-or-down vote without amendments.

The timetable for Congress to consider USMCA remains in flux, however. The Trump administration still needs to submit to Congress the final USMCA text, a draft statement of administrative action and implementing legislation.

The report was originally set to be released in March but was delayed after the 35-day partial government shutdown.

Source: https://www.politico.com/story/2019/04/18/nafta-boost-economy-1367825
Droolin’ Dog sniffed out this story and shared it with you.
The Article Was Written/Published By: mcassella@politico.com (Megan Cassella)