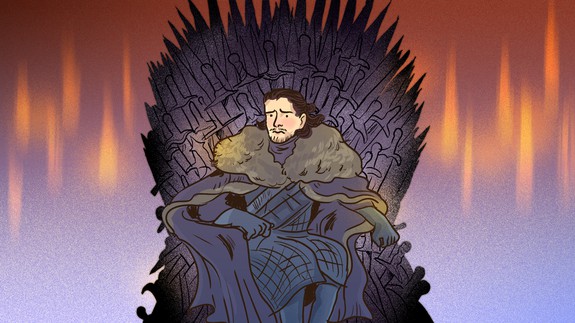 Who should end up on the Iron Throne? We’ve got some ideas.

Jon Snow is the true heir to the iron throne.

If he’s left standing at the end of Game of Thrones, which I believe will happen, Jon is the only worthy ruler of the Seven Kingdoms. Let’s get the most obvious reason out of the way first. The overarching title of the books, A Song of Ice and Fire, literally refers to him. The Season 7 finale confirmed the long-assumed theory that Jon is actually Aegon Targaryen, the true born son of Lyanna Stark (Ice!) and Rhaegar Targaryen (Fire!). He now officially has an even better claim than his aunt/lover Daenerys. Read more…

Source: https://mashable.com/article/jon-snow-iron-throne/
Droolin’ Dog sniffed out this story and shared it with you.
The Article Was Written/Published By: Saloni Gajjar