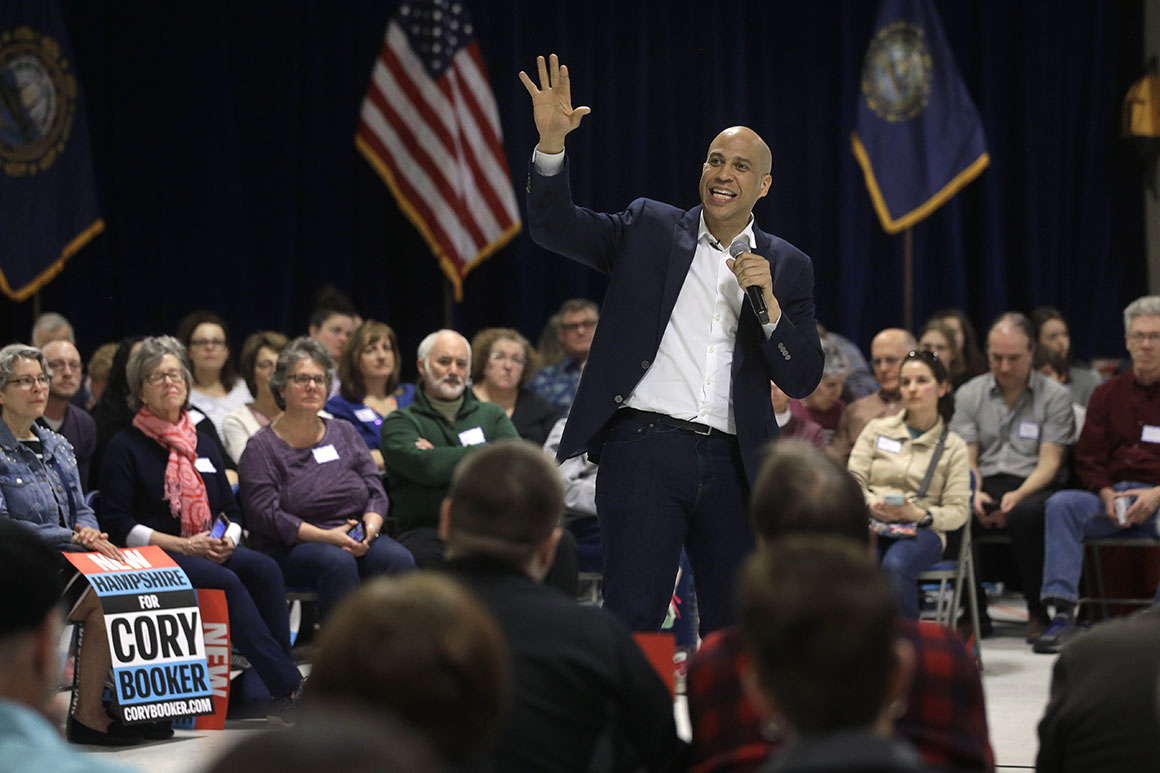 Booker was also the first in the crowded Democratic field to win state legislative endorsements in South Carolina and the first presidential caucus state of Iowa.

Morgan has met numerous 2020 candidates and attended recent campaign events for Sen. Elizabeth Warren (D-Massachusetts), Sen. Kirsten Gillibrand (D-New York) and former Maryland Rep. John Delaney. But he said Booker’s message, which centers on uniting a deeply divided nation, is what most resonated with him.

“I’ve had a chance at this point to meet and speak with and get to know many of them; I respect and admire every single one of them,” Morgan told POLITICO. “But the fact of the matter is we need a specific set of skills for the problems of today. I just believe we need a leader that’s committed to bringing us back together, someone who recognizes we have more in common than divides us and especially someone who is going to be real leader not letting themselves be baited into these childish games we see being played out so frequently on various different platforms.”

Booker has made an early investment in New Hampshire, marked by multiple trips to stump and fundraise for local candidates — including Morgan — in the 2018 midterm elections. Booker raised more money for New Hampshire Democrats than any other national Democrat and was recognized by the party in December for doing so, leading the state party chairman Ray Buckley to call him “the best friend New Hampshire Democrats had in 2018.”

Morgan noted as much, saying while he’s met many 2020 candidates since January, his relationship with Booker dates back more than a year.

“I’ve gotten to know Cory over an extended period of time, he’s been truly committed to the Granite state in a way that others haven’t been,” Morgan said. “He is going to events where he has hundreds of people and staying until every last person gets their questions answered and has a selfie with them. That is something that I think New Hampshire voters value and I think that is campaigning the New Hampshire way.”

Booker has already established a New Hampshire headquarters and, since Feb. 1, has already made 27 stops or full-fledged events in the state. His campaign has tallied that Booker interacted with 3,000 New Hampshire residents since his official launch and visited seven of the state’s 10 counties. The early state emphasis is part of a broader strategy by the Booker team that has focused on early state organization, including robust early staffing in Iowa and South Carolina.

Source: https://www.politico.com/story/2019/04/08/booker-wins-endorsement-from-first-new-hampshire-lawmaker-1261833
Droolin’ Dog sniffed out this story and shared it with you.
The Article Was Written/Published By: nkorecki@politico.com (Natasha Korecki)