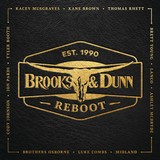 On her tour supporting last year’s transcendent Golden Hour — the first album to be declared best of the year by both Stereogum and the Grammys — Kacey Musgraves has been performing a cover of “Neon Moon,” an early hit by ’90s country duo Brooks & Dunn. (They’re the guys who recorded “Boot Scootin’ Boogie” among other line-dancing classics.) That cover is out…

Source: https://www.spin.com/2019/04/kacey-musgraves-neon-moon-brooks-dunn-cover/
Indie Brew found this story and shared it with you.
The Article Was Written/Published By: Chris DeVille, Stereogum