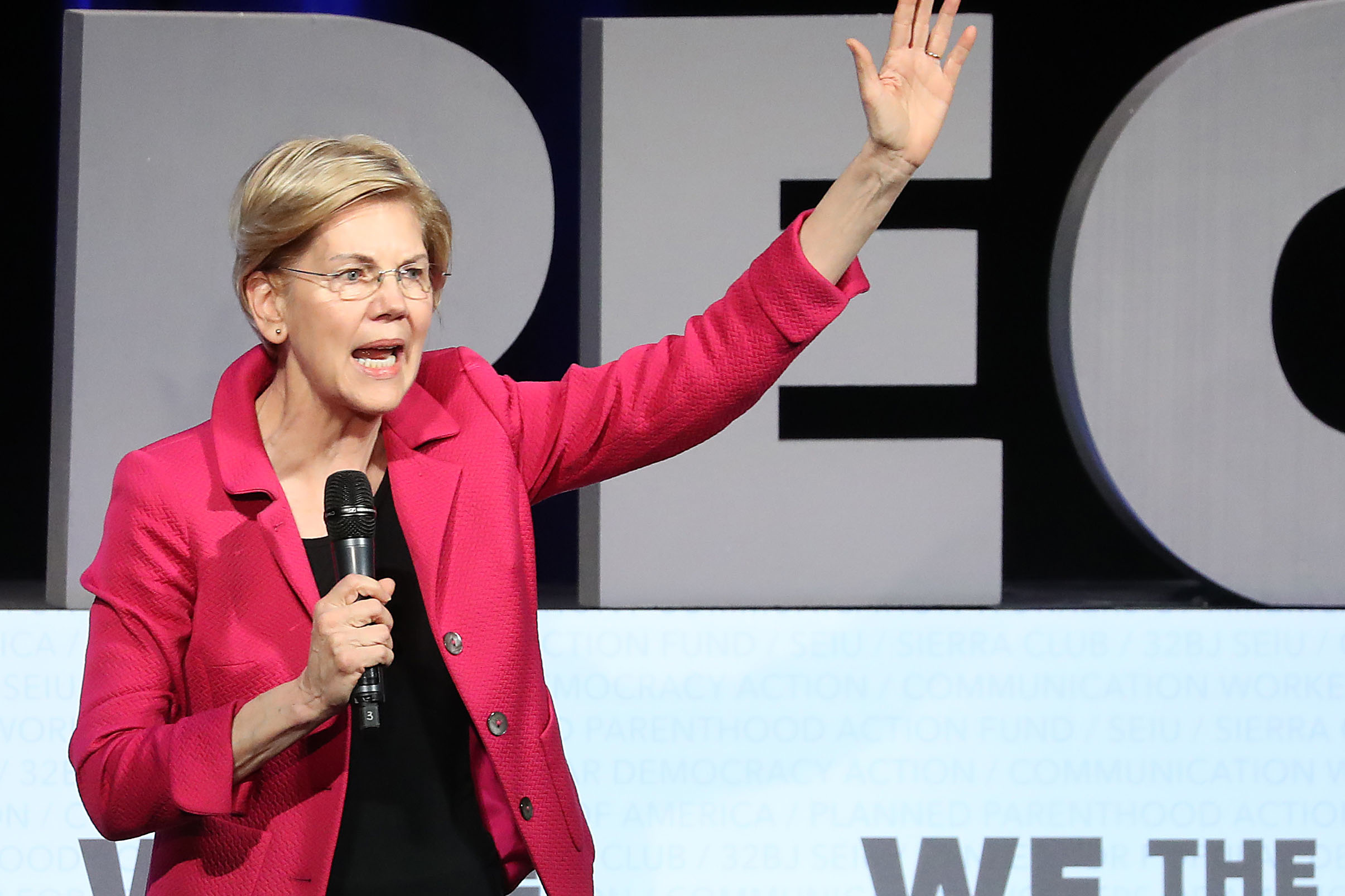 “I’m not running for President just to talk about making real, structural change. I’m serious about getting it done. And part of getting it done means waking up to the reality of the United States Senate,” Warren will say. “So let me be as clear as I can. When Democrats next have power, we should be bold and clear: we’re done with two sets of rules — one for the Republicans and one for the Democrats.

She added: “That means when Democrats have the White House again, if Mitch McConnell tries to do what he did to President Obama, and puts small-minded partisanship ahead of solving the massive problems facing this country, then we should get rid of the filibuster.”

Warren had previously said that eliminating the filibuster should be on the table, helping drive a debate in the presidential race over whether to preserve the institutional brake for the Senate minority. But with Democrats like Warren talking about big ideas like the Green New Deal, Medicare for All and new tax plans, it’s become more and more clear that a minority of GOP senators could stop them even if Democrats sweep the 2020 election.

That’s because there’s little path for either party to cobble together 60 seats in next year’s elections, leading progressive groups and Warren to more realistically explain how they can get an agenda accomplished over the wishes of Senate Republicans. Historically, conservatives have used the filibuster to stop cap and trade legislation and gun control, while liberals blocked new abortion legislation from Republicans as recently as last Congress with the filibuster.

“For generations, the filibuster was used as a tool to block progress on racial justice. And in recent years, it’s been used by the far right as a tool to block progress on everything,” Warren will say. “I’ve only served one term in the Senate — but I’ve seen what’s happening. We all saw what they did to President Obama. I’ve watched Republicans abuse the rules when they’re out of power, then turn around and blow off the rules when they’re in power.”

Other presidential candidates have been more cautious: Sens. Cory Booker (D-N.J.), Amy Klobuchar (D-Minn.) and Bernie Sanders (I-Vt.) have been cool to changing the filibuster, though Sen. Kirsten Gillibrand (D-N.Y.) has been open to it. But Warren’s endorsement of killing the filibuster will solidify the arcane rules of the Senate as a crucial- point of debate in the next few months of the primary.

Source: https://www.politico.com/story/2019/04/05/elizabeth-warren-filibuster-2020-election-1259196
Droolin’ Dog sniffed out this story and shared it with you.
The Article Was Written/Published By: Burgess Everett