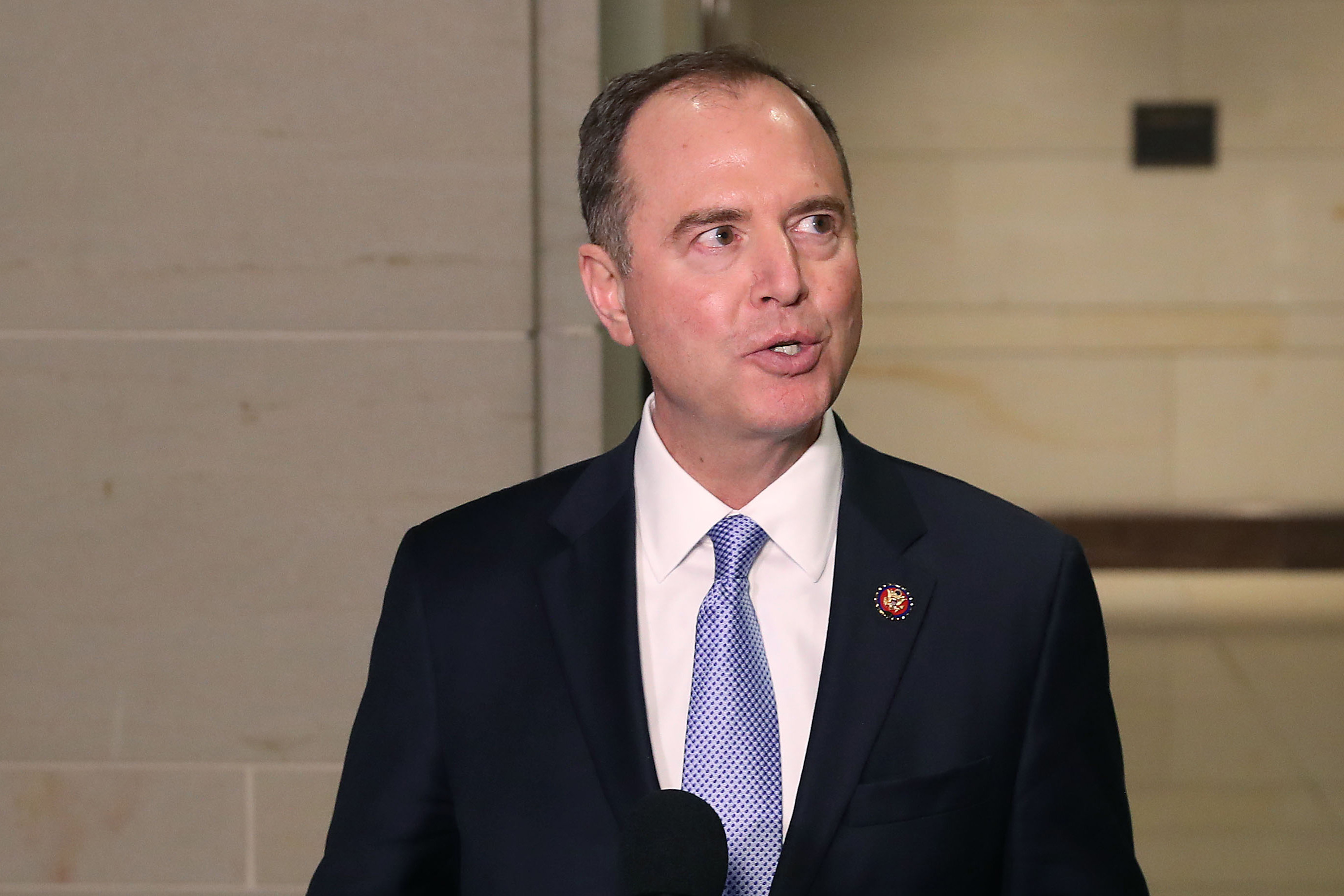 Rep. Adam Schiff (D-Calif.), the chairman of the House Intelligence Committee, defended his assessment Sunday that there exists “significant evidence of collusion” between President Donald Trump’s 2016 campaign and the Kremlin — despite word from the Justice Department that special counsel Robert Mueller will not be recommending any further indictments in his investigation into Russian election interference.

“There’s a difference between compelling evidence of collusion and whether the special counsel concludes that he can prove beyond a reasonable doubt the criminal charge of conspiracy,” Schiff told host George Stephanopoulos on ABC’s “This Week.”

“I leave that decision to Bob Mueller, and I have full confidence in him,” Schiff continued, adding that Americans owe Mueller “a debt of gratitude” for conducting his 22-month-long probe “as professionally as he has.”

“I trust in his prosecutorial judgment,” Schiff said.

“But that doesn’t mean, of course, that there isn’t compelling and incriminating evidence that should be shared with the American people.”

Attorney General William Barr received Mueller’s completed report on Friday afternoon, and is expected to present its “principal conclusions” to lawmakers as soon as Sunday. The House earlier this month unanimously approved a resolution calling for Mueller’s report to be made public.

Source: https://www.politico.com/story/2019/03/24/schiff-mueller-trump-collusion-1233336
Droolin’ Dog sniffed out this story and shared it with you.
The Article Was Written/Published By: qforgey@politico.com (Quint Forgey)

It’s an Elfman party! Who could ask for more? Right now, the great Two Minutes To Late Night series is in Halloween mode. Thus far this month, the series — in which musicians from the worlds of metal, punk, and hardcore come together remotely to cover classic songs — has saluted ghostly jams … More... [...]

Earlier this month, AC/DC officially returned with the announcement of a new album, Power Up, and the release of its lead single “Shot in the Dark.” Today, the band shared its highly-teased music video. Featuring a red background, the clip for the rollicking rocker sees the band performing live and was directed by longtime collaborator David... [...]

On their fourth and best record, the heavy metal duo raise exultant riffs in celebration of perseverance and strength. Read full story on the Bandcamp Daily. Source: https://daily.bandcamp.com/album-of-the-day/spirit-adrift-enlightened-by-eternity-review Indie Brew found this story and shared it with you. The Article Was Written/Published By: Grayson Haver Currinv [...]

Back in May, the Texas singer-songwriter Edith Frost returned with her first bit of new music in 15 years, the Nothing Comes Around EP. Today, she’s back once more with a timely new song called “Little Sign,” which was recorded earlier this year and responds to the climate of 2020. More » Source: https://www.stereogum.com/2103702/edith-frost-little-sign/music/ Indie... [...]

Book Review: Peter Frampton looks back in a gentle memoir

When Peter Frampton was a child, he discovered his father on Christmas morning giving him an acoustic guitar dressed as Santa.” Source: https://www.independent.co.uk/news/book-review-peter-frampton-looks-back-in-a-gentle-memoir-singersongwriter-guitar-guitarist-father-monster-b1348978.html Indie Brew found this story and shared it with you. The Article Was Written/Published By: Via AP news wirev [...]

With just over a week before the U.S. Presidential election, the Foo Fighters brought a stripped-back version of the band’s “Times Like These,” off their 2003’s One by One, to the I Will Vote benefit show to raise funds for the Biden-Harris campaign. The performance featured Dave Grohl at the mic with an acoustic guitar,... [...]