The first step in building a smarthome is often choosing a hub, and there are many options. Hubitat is a unique cloud-independent hub. It’s incredibly powerful, capable, and complicated. But should you use Hubitat in your smarthome?

Hubitat Is a Powerful Hub for Your Smarthome 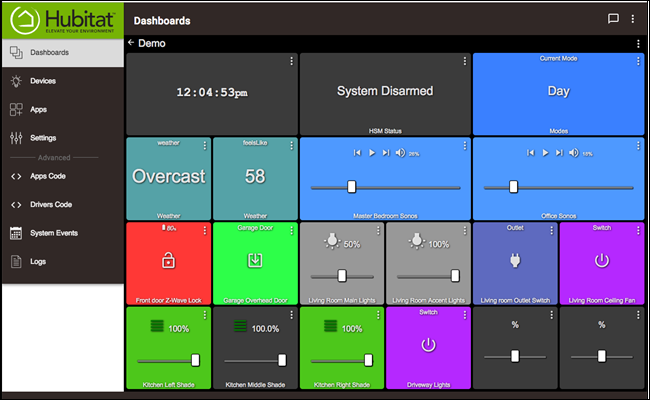 One thing is still true; there are too many smarthome hubs from which to choose. And while there are hubs you should avoid altogether, Hubitat isn’t necessarily one of them: it’s complex, perhaps too complex for many people, but has a lot of powerful features.

Hubitat is a true smarthome hub designed to be the center of your automation. It connects to Z-wave and Zigbee, Alexa and Google Home, Lutron and LAN devices. What makes it different from most smarthome hubs is its emphasis on local control and incredibly advanced automations. It boasts a fairly large device integration list, and if you choose wisely, it should be able to control anything you add to your smarthome.

For example, with Hubitat, you could create a set of rules that would dim your lights from 100% to 30% over the period of a half-hour at sunset or 8 PM (whichever is later) and then bring the lights back up slowly at sunrise or 6 AM (whichever is later)—all without any cloud interaction. This will even work if your internet goes down. SmartThings and Wink can’t reach that level of complexity, especially while relying only on local control.

Most Hubs Are Cloud-Based, But Hubitat Is Local

Other major smarthome hubs, like Wink and SmartThings, are cloud-first devices with perhaps some local control added afterward. When you tap the button on your phone to turn on the living room light, a signal is sent from your phone to your router and over the internet to the Wink or SmartThings cloud servers. That command is processed and then sent back over the internet to your router and then to your hub. Finally, your hub sends the command to your light. Without some support for local control, this doesn’t work when your internet goes down.

Hubitat handles most of the work locally, which offers several benefits. Because your command doesn’t have to go over the internet and back, you’ll see your lights turn on and off more quickly compared to Wink or Smartthings. If your internet goes down, these locally controlled capabilities will continue to work. And, if privacy is your aim, you’ll have more of it since you aren’t communicating with a corporation’s cloud.

You can, of course, connect some devices that do require the cloud, like Amazon Echo or Google Home, to Hubitat. You’ll lose some speed and privacy when you use those devices and anything controlled by them.

One of the other benefits of Hubitat is cost. Once you buy the Hubitat hardware, you’re done. Hubitat doesn’t force you into ongoing monthly subscriptions to gain functionality; everything it offers is included, even software updates. Hubitat usually sells for $149.95, although right now Hubitat is offering the latest hardware for $99.95.

With Hubitat You Create Complex Automations 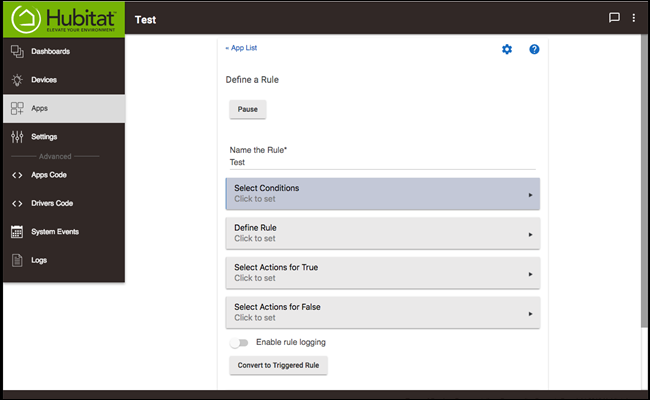 Automations are the real smarthome superpower. While we love talking to our homes, Hubitat can make voice control unnecessary. Hubitat allows for advanced triggers and rules. For example, you can set up a rule for the following: Because you walked into the bedroom, and it’s after 9 pm, and it’s cold tonight, and the heating isn’t on, the lights should be activated and dimmed, and the electric blanket should be turned on. If you’re using individualized presence detectors, you could define that this only occurs if one specific person enters the room.

Source: https://www.howtogeek.com/407582/should-you-use-hubitat-to-automate-your-smarthome/
Proactive Computing found this story and shared it with you.
The Article Was Written/Published By: Josh Hendrickson