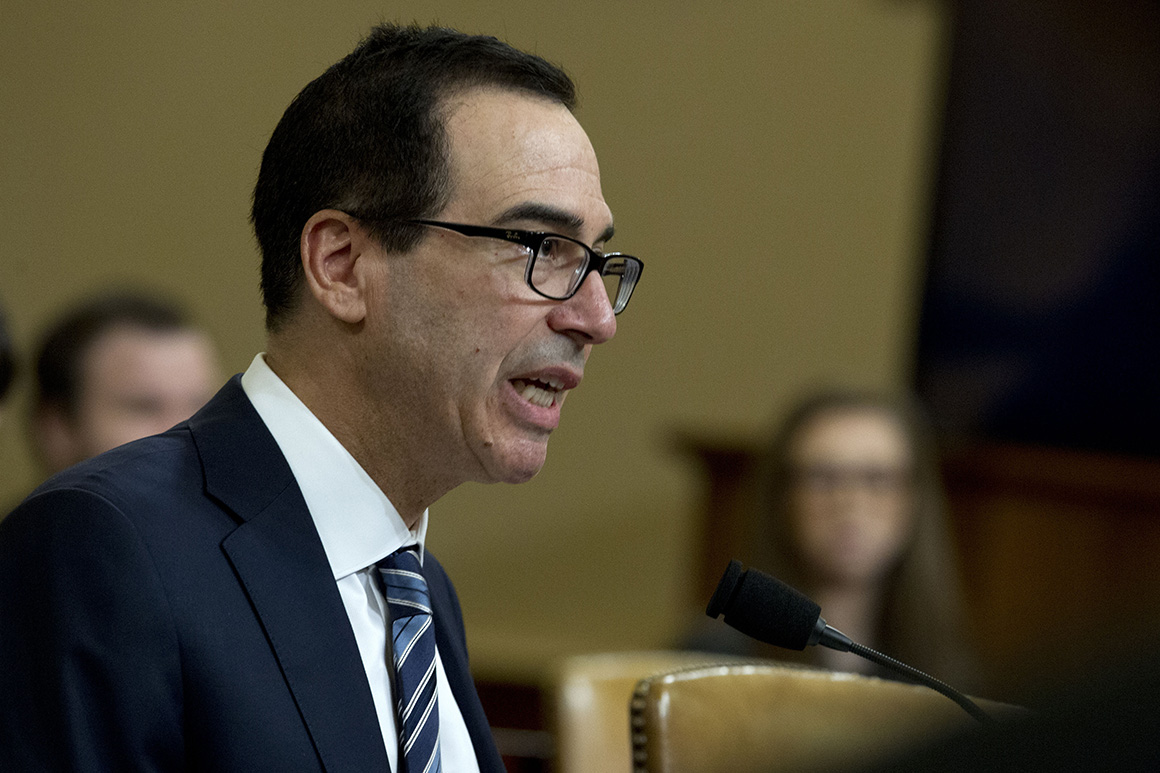 U.S. officials on Friday accused Iran of plotting to restart work on its nuclear weapons program, despite Tehran agreeing in a 2015 accord to not pursue such weapons.

The charges were made as the Treasury and State Departments announced a new round of sanctions against 14 individuals and 17 entities linked to the Iranian Ministry of Defense unit responsible for nuclear weapons development, senior administration officials said Friday.

They added that Tehran-based SPND may not currently be working to develop nuclear weapons, but that the connections to Iran’s previous nuclear programs increase the threat of the country developing weapons of mass destruction. Iran has long claimed to have no interest in developing nuclear weapons, but the United Nations in 2015 uncovered a secret program that lasted until at least 2009.

The sanctions are the latest step the U.S. has taken to ramp up economic pressure on Iran after President Donald Trump pulled out of the 2015 nuclear pact, in which the country’s Islamist regime agreed to abandon any nuclear ambitions in exchange for economic sanctions relief. The other parties in the agreement — including several European countries, China and Russia — have all remained in the deal, and international organizations say Tehran has complied with the agreement.

Trump has bashed the the international pact for not doing enough to stop Iranian efforts to build nuclear bombs. Since leaving the accord, his administration has leaned on other countries to cut off their interactions with Iran.

“Anyone considering dealing with the Iranian defense industry in general, and SPND in particular, risks professional, personal, and financial isolation,” Treasury Secretary Steven Mnuchin said in a statement Friday.

Source: https://www.politico.com/story/2019/03/22/sanctions-iran-weapons-program-1232221
Droolin’ Dog sniffed out this story and shared it with you.
The Article Was Written/Published By: Katie Galioto

‘There are interesting parallels with “The Walking Dead” and coronavirus,’ said the actor Source: https://www.independent.co.uk/arts-entertainment/tv/news/walking-dead-lauren-cohan-covid-pandemic-twd-maggie-rhee-b1253829.html Indie Brew found this story and shared it with you. The Article Was Written/Published By: Louis Chiltonv [...]

Nearly two decades ago, Sigur Rós helped put together an orchestral work called Odin’s Raven Magic that premiered at the Reykjavík Arts Festival in 2002 and was only performed a few times after that. It was inspired by the epic Icelandic poem Hrafnagaldr Óðins and was a collaboration between the band and a group of... [...]