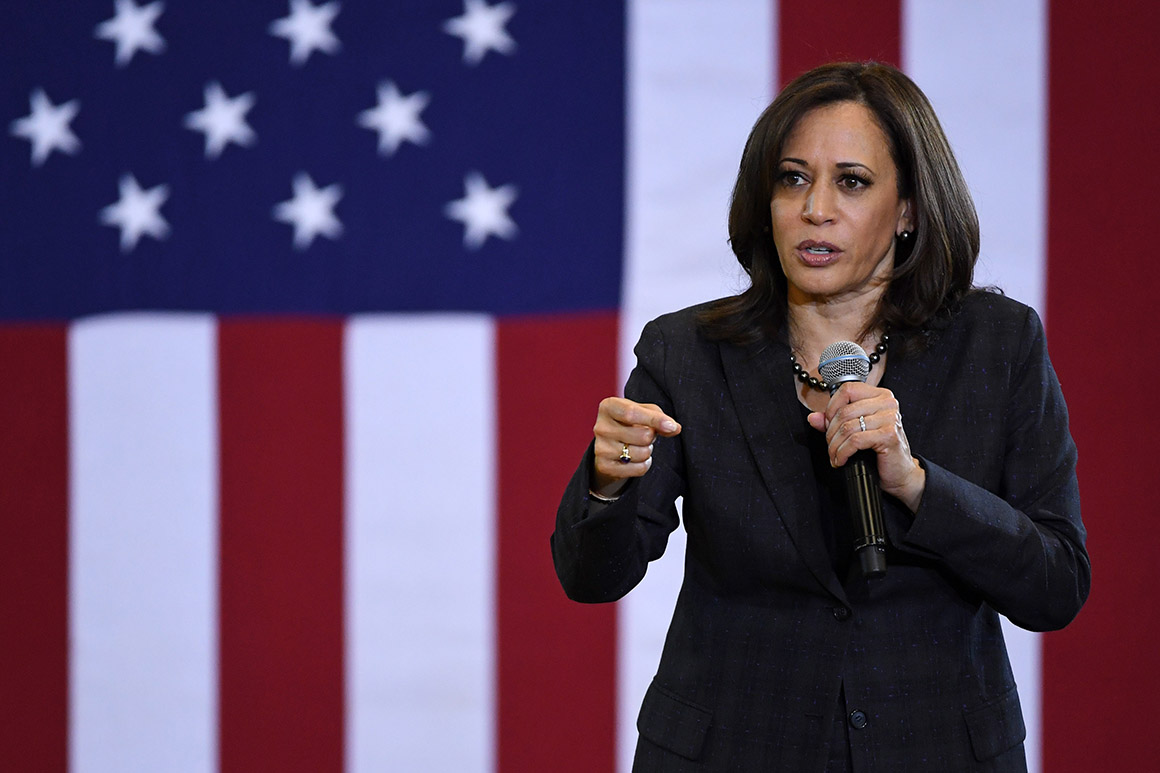 The California Democrat will announce at a rally here Saturday that she would make the largest-ever federal investment in teacher pay — staking claim to a huge pocketbook issue that affects millions of public workers, including many who help form a key Democratic voting bloc.

Harris, who will roll out the details of her plan next week, will say she believes the country is in a teacher pay “crisis,” pointing to the 11-percent salary gap between America’s educators and those with college degrees who work in similar professions, according to an outline of her remarks shared with POLITICO.

The gap is more than 20 percent in Texas, where she’s holding her first events in the Super Tuesday state this weekend. Her plan will call for closing the gap in her first term as president.

As part of Harris’ first sweeping policy announcement of the race, she also will highlight that black teachers earn $2,700 less annually than white teachers — and that women make $2,000 less than their male counterparts.

Overall, the average teacher earns $1,000 less than they did 30 years ago adjusted for inflation, according to her campaign.

Harris’ proposal, which follows several highly publicized teachers strikes that have roiled cities, allows her to broaden her economic message beyond a tax plan that would give monthly cash payments of up to $500 to lower-income Americans.

Harris’ teacher pay plan, the first of its kind from anyone in the field, also will give her new entree to a professional field dominated by politically active women — after she expressed solidarity with their ranks during strikes in Oakland, Denver and Los Angeles.

The focus on teacher pay comes amid a raft of policy proposals from 2020 Democratic candidates. Sen. Elizabeth Warren, herself a former college professor who began her career as a special needs teacher, has driven the policy debate so far.

Warren’s plans include $70 billion a year for universal child care; using anti-trust laws to break up technology giants like Amazon and Facebook; a wealth tax that would raise $2.75 trillion over 10 years; and a sprawling housing plan.

Source: https://www.politico.com/story/2019/03/23/kamala-harris-teacher-pay-proposal-1233066
Droolin’ Dog sniffed out this story and shared it with you.
The Article Was Written/Published By: ccadelao@politico.com (Christopher Cadelago)

Read Sam Sodomsky’s review of the album. Source: https://pitchfork.com/reviews/albums/tom-petty-wildflowers-and-all-the-rest-deluxe-edition/ Indie Brew found this story and shared it with you. The Article Was Written/Published By: Sam Sodomskyv [...]

A whole bunch of prominent artists are coming together this weekend for #SOSFest, a virtual festival to benefit the National Independent Venue Association (NIVA) Emergency Relief Fund for venues struggling during the pandemic and support the Save Our Stages Act. Foo Fighters, Phoebe Bridgers, Miley Cyrus, the Roots, YG, Major Lazer, Leon Bridges, … More... [...]

After a month of teasing her next single, Lana Del Rey has officially released the piano-laced track “Let Me Love You Like a Woman.” The single is Del Rey’s first from her upcoming album, Chemtrails Over the Country Club, which she originally announced back in May. It features Del Rey’s classic vocal layering over delicate piano chords,... [...]