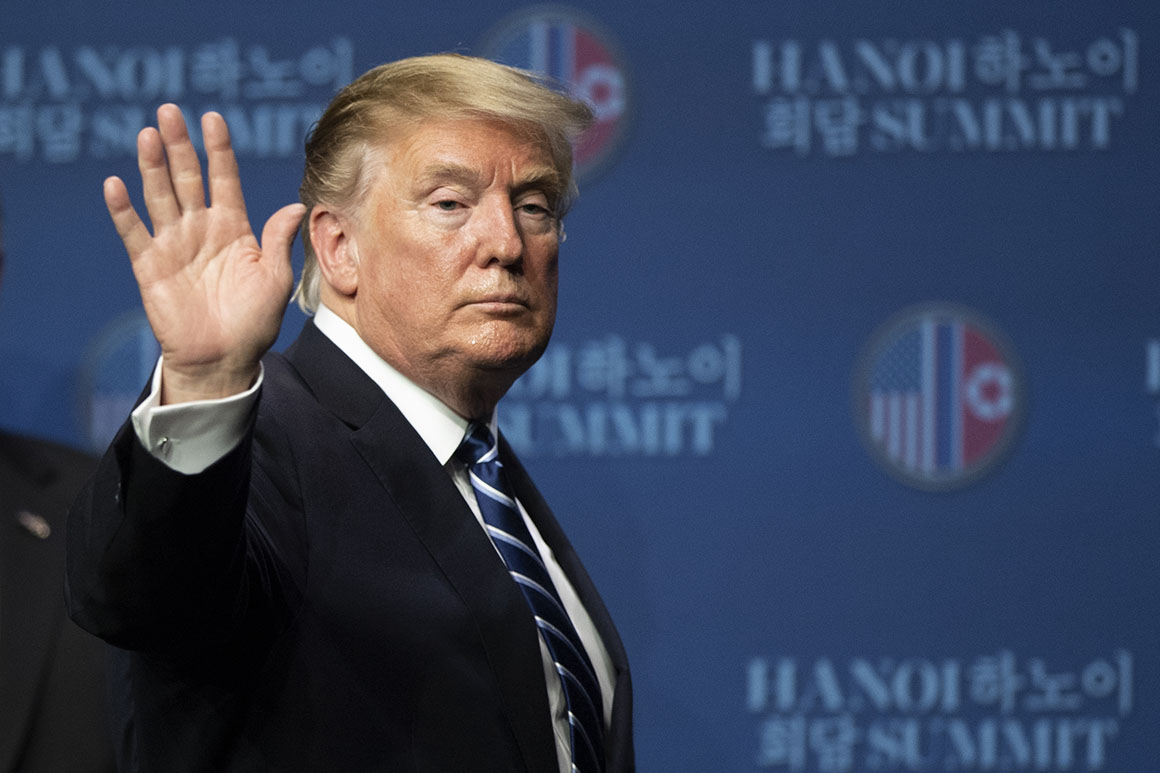 President Donald Trump on Friday declared he would reverse new sanctions on North Korea that his administration rolled out just a day before, with the White House explaining that Trump “likes” North Korean dictator Kim Jong Un.

“It was announced today by the U.S. Treasury that additional large scale Sanctions would be added to those already existing Sanctions on North Korea,” Trump tweeted. “I have today ordered the withdrawal of those additional Sanctions!”

Trump appeared to be referring to an announcement on Thursday in which Treasury said it was sanctioning two China-based shipping companies accused of helping North Korea evade existing economic sanctions.

The president’s policy-setting tweet Friday encapsulates the way that nothing in his administration is set in stone unless it comes from Trump himself, an unprecedented quirk of the Trump presidency.

Trump’s directive comes almost a month after his second summit with Kim, which was cut short when it became clear neither side could come to an agreement on a path toward denuclearizing the Korean Peninsula.

Trump and the North Koreans offered differing reasons for the breakdown of negotiations, with Trump saying North Korea demanded full sanctions relief for only incremental steps toward denuclearization, and North Korean officials disputing that account.

Though the sanctions announced Thursday were not necessarily new penalties imposed directly on Kim’s regime, they represent the first instance of the Trump administration clamping down on North Korea since last month’s failed diplomatic talks.

The president on Friday did not elaborate on the reason for reversing his administration’s policy. Treasury Secretary Steven Mnuchin had said in a statement Thursday that the new actions were aimed at “making it explicitly clear that shipping companies employing deceptive tactics to mask illicit trade with North Korea expose themselves to great risk.”

The Treasury said the sanctions were against Liaoning Danxing International Forwarding Co. Ltd. and Dalian Haibo International Freight Co. Ltd., and it also released an updated list of shipping vessels it said had engaged in ship-to-ship transfers or otherwise participated in illicit maritime trade with North Korea.

Source: https://www.politico.com/story/2019/03/22/trump-north-korea-sanctions-remove-1232586
Droolin’ Dog sniffed out this story and shared it with you.
The Article Was Written/Published By: coprysko@politico.com (Caitlin Oprysko)