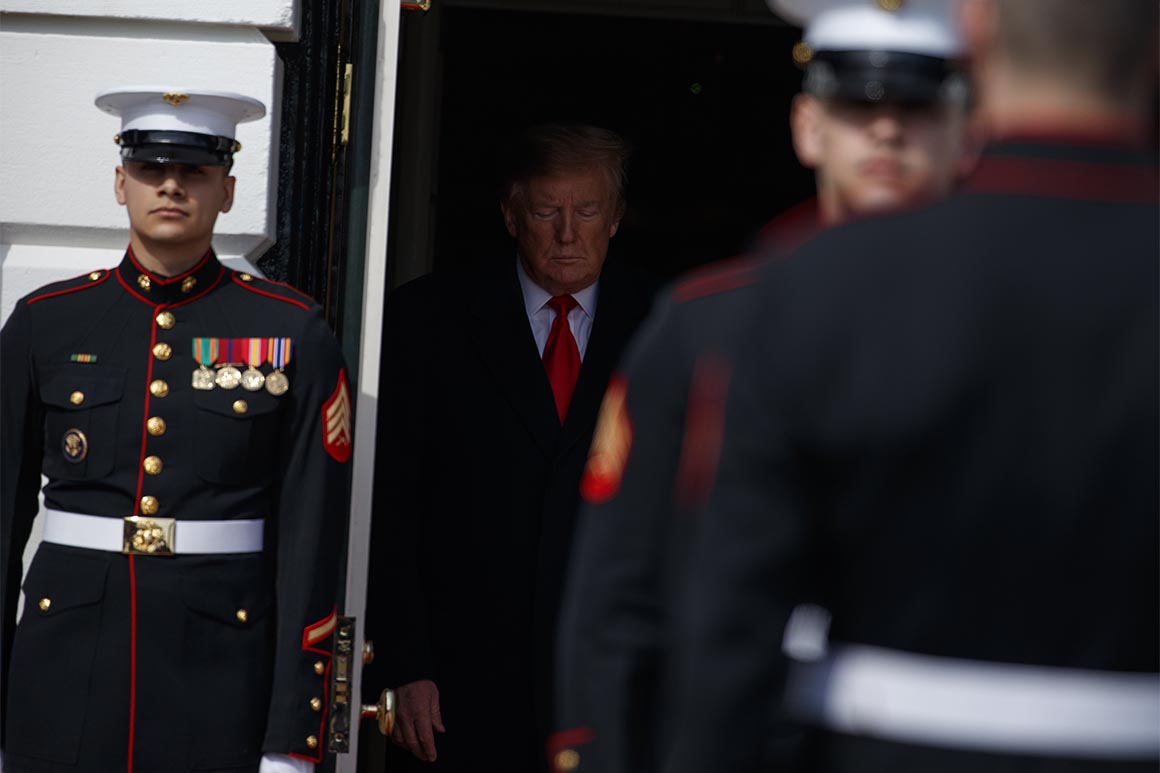 As he watches the 2020 Democratic candidates fire up campaign crowds, President Donald Trump is itching to upstage them with rallies of his own. Not so fast, say Trump’s political advisers, who are arguing that Trump’s best asset is the White House — and that he should make the most of it.

The rambunctious rallies can come later, they say. For now, Trump’s Republican allies and campaign officials believe an early reelection strategy built around his role as chief executive in dignified settings like the Oval Office and the Rose Garden will carry more weight with voters than his signature freewheeling arena speeches.

It’s unclear whether Trump, the politically combative president in recent history, can truly stay above the campaign fray: just last week he mocked his Democratic rivals at the Conservative Political Action Conference in a speech he proudly declared “off script.” But Trump’s advisers are still hoping he will capitalize on his incumbency by largely sticking to official events and private, no-cameras fundraisers for the next several months, according to three sources familiar with his campaign, one of whom said the president is making a “conscious effort” to rise above the Democratic scrum.

That means fewer tweets targeting his 2020 opponents; leaving the White House only for events that promote specific presidential issues; and an intense focus on courting high-dollar donors behind closed doors.

To that end, Trump is set to headline a breakfast this Sunday at his Mar-a-Lago club in West Palm Beach, where Republican donors will gather for the party’s annual spring retreat, according to a schedule obtained by POLITICO. The event will benefit the Trump Victory fund, a joint fundraising operation between the president’s campaign and the Republican National Committee.

Campaign manager Brad Parscale has also been in regular contact with the president, sometimes speaking with him multiple times a day about new polls or messaging. He and other senior campaign officials held their first meeting with Trump and Pence in mid-February to discuss the campaign’s structure — currently Parscale’s main focus, according to a source close to the campaign chief. Trump has also discussed his reelection strategy with state GOP leaders who have visited the White House in recent weeks for meetings on other items.

Trump won’t begin more traditional campaign-style events before mid-summer, according to sources familiar with his plans, who said Trump’s team is waiting for the first primary debates of the 2020 cycle, at which point they believe the Democratic presidential field will take greater shape.

“He loves to campaign, but he also understands that it’s very, very early in the season and this is the point in the year when you’re doing more planning and budgeting and strategizing than rallying,” said a person close to the president.

Even if Trump wraps himself in the trappings of his office and remains disciplined during official activities, it won’t automatically mean that voters will start seeing him as a more traditional president, according to Kyle Kondik of the University of Virginia Center for Politics.

“Part of the president’s problem and why his approval rating has been persistently weak is because the public does not perceive him as being particularly presidential,” Kondik said. “So I do wonder if a president like Trump can actually pursue a ‘Rose Garden strategy’ because ultimately it seems like the president relishes most the opportunities to criticize his opponents and receive the adulation of his crowds.”

The early glimpse into Trump’s campaign schedule comes as his team continues to build out his 2020 campaign machine. On Wednesday, the campaign announced its three newest hires — two Capitol Hill veterans, Matt Wolking and Erin Perrine, and Zach Parson, a former White House communications official, who’ve been tasked with “disseminating our message, fighting off attacks and fake news, and concentrating on our opposition,” according to a press release.

Trump’s schedule is of course subject to change, especially if a clear frontrunner emerges on the Democratic side earlier than expected. The 72-year-old president, who is known to enjoy campaigning more than governing, spent nearly twice as much time out on the trail during the 2018 midterm cycle than Barack Obama did in 2014.

For now, Trump advisers say he is comfortable staying put to enjoy the traditional advantages of incumbency that helped deliver second terms to his three immediate predecessors and four of the last five presidents. They include the unrivaled national attention commanded by a sitting president, whose every utterance is newsworthy. Incumbents can also tap the existing infrastructure from their first campaigns, and appeal to voters’ aversion to risk.

A sign that Trump may struggle to stay above the fray came in his two-hour CPAC speech, which included several jabs at political opponents, a handful of dubious claims, and a gleeful-rejection of stage management.

“You know I’m totally off-script right now. And this is how I get elected, by being off-script,” Trump told the adoring crowd. “And if we don’t go off-script, our country is in big trouble, folks.”