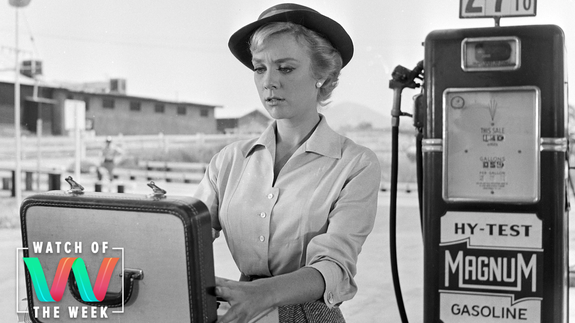 It is a binge as vast as space and as timeless as infinity. It is the middle ground between watching yet another season of Gilmore Girls and an ill-advised, impromptu viewing of The Grudge. Its duration lies between “No way do I have time for that!” and “Yeah, I’ve got an afternoon to kill.” It is an area of Netflix known only to your queue as..The Twilight Zone.

With Jordan Peele’s reimagining coming to CBS next month and four of the series’ five seasons currently available on Netflix, now is the perfect time to revisit the iconic 1960s sci-fi anthology The Twilight Zone.

But be forewarned, this is one streaming sleeper cell that can and will suck you into its twisted, black-and-white hellscape, an interdimensional place of obsession that you (and all of your spare time) will likely struggle to escape. I should know — I’m still there. Read more…

More about Entertainment, Netflix, Jordan Peele, The Twilight Zone, and Watch Of The Week

Source: https://mashable.com/article/original-twilight-zone-watch-of-the-week/
Indie Brew found this story and shared it with you.
The Article Was Written/Published By: Alison Foreman