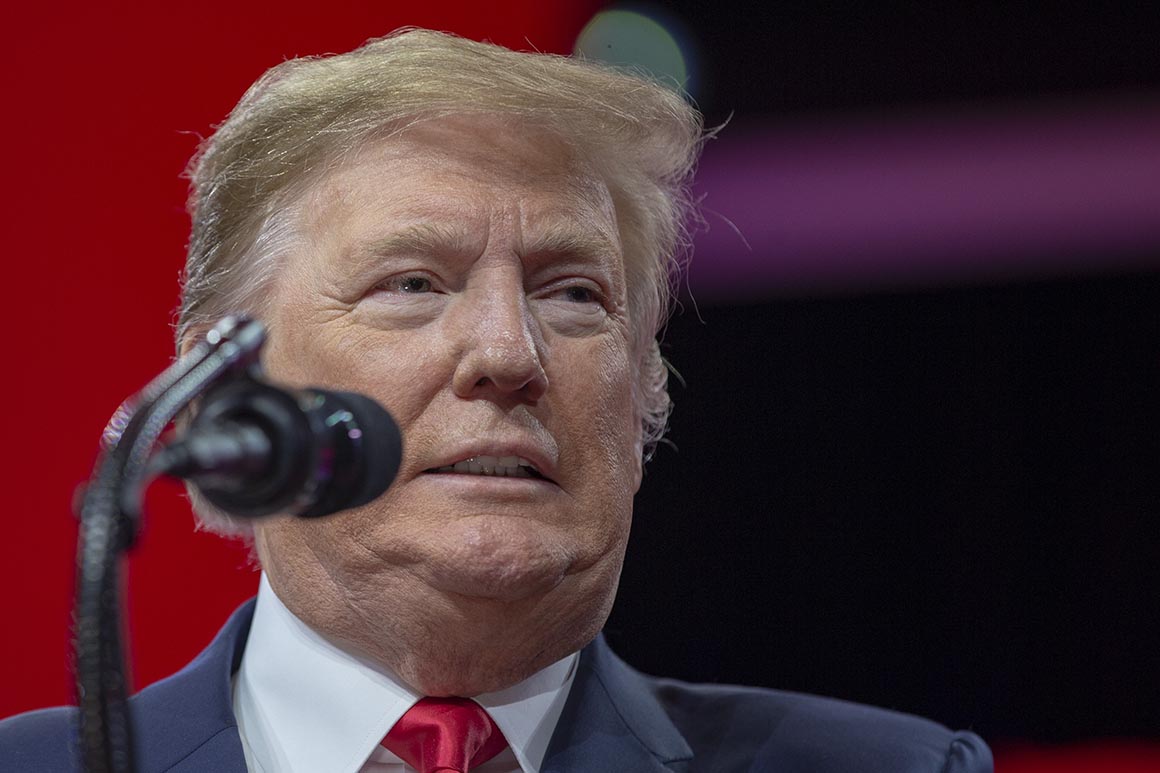 Donald Trump is in trouble in Florida, a state that’s crucial to his reelection hopes.

Just 40 percent of Florida voters said they believed the president should be reelected, while 53 percent were opposed to a second term, according to a new Bendixen & Amandi International poll.

“Trump is in trouble,” pollster Fernand Amandi said, noting that 23 percent of all Florida Republicans said he doesn’t deserve reelection. “When that many people from your own party don’t support you, it means you have to spend more time consolidating your base.”

With numbers like that in the nation’s largest swing state — one that Republicans typically need to win to capture the White House — Amandi says it underscores how Florida is in play for Democrats, despite the party losing the last three top-of-the-ticket races in the state.

“This idea that we need to reevaluate Florida as a swing state is utterly disproved by this poll,” said Amandi, who conducted the survey from Friday through Monday. “Florida remains the swing state prize. The $64,000 question is, ‘Can Democrats not named Barack Obama seize that prize?’”

The former president’s stature among Florida Democrats has given former Vice President Joe Biden an edge in the crowded primary, where Amandi says the “Obama Effect” is reflected in his relatively strong standing among non-white voters.

Biden would enter the Democratic presidential primary as the clear frontrunner in Florida, according to the poll. Biden is supported by 26 percent of Democrats, followed by Vermont Sen. Bernie Sanders at 11 percent and California Sen. Kamala Harris at 9 percent. The other 14 Democratic candidates and hopefuls barely registered. And 46 percent were undecided.

“Biden begins with a groundswell of support,” said Amandi. “Biden has a solid base of support that cuts across all demographics — age, race and ideology — in all corners of the state.”

Amandi, who typically surveys for Democratic candidates, did not poll head-to-head match-ups between Democrats and Trump.

Biden’s lead over Sanders is bigger with African-American and Hispanic voters, whose lack of support for the Vermont senator in the 2016 Democratic presidential primary helped Clinton crush him in Florida. Sanders struggled with non-white voters in a number of primaries, especially in the South, but his campaign has shown signs he’s reaching out to them more in 2020.

Despite having appeared on the Florida ballot in 2016, Sanders is barely ahead of Harris in the poll. Her third-place standing and near-tying of Sanders for second is a sign that the relative newcomer — who has never been on a Florida ballot and has made few high-profile appearances in the state — has capitalized on earned media since her recent campaign launch.

When Democrats were first asked an open-ended question about their candidate of choice, Harris was named by 4 percent, Sanders by 5 percent and Biden by 11 percent. All others were at 1 percent.

As the only black woman in the race, Harris could also be well-positioned for a boost from the state’s African-American voters, who can account for about 28 percent of the ballots cast in a Democratic primary. Harris’ standing now resembles that of Andrew Gillum, who rocketed from unknown to rising star in the Democrats’ 2018 gubernatorial primary due to the strong backing of black voters.

The only other top-tier black candidate in the race, New Jersey Sen. Cory Booker is polling at 1 percent.

Amandi said the poll also calls into question whether Florida Democrats have to veer to the left, with 39 percent describing themselves as moderate, 32 percent saying they’re progressive or liberal and 21 percent calling themselves conservative.

“There’s this conventional wisdom that this election is a referendum on the rise of the progressives in Florida,” Amandi said. “But Democratic voters aren’t embracing the liberal or progressive label.”

The poll was taken a year out from Florida’s March 2020 primary and surveyed 602 voters overall. It has an error-margin of +/- 4 percentage points and included an oversample of 300 Democrats.

Source: https://www.politico.com/story/2019/03/06/biden-trump-2020-florida-poll-1206260
Droolin’ Dog sniffed out this story and shared it with you.
The Article Was Written/Published By: mcaputo@politico.com (Marc Caputo)