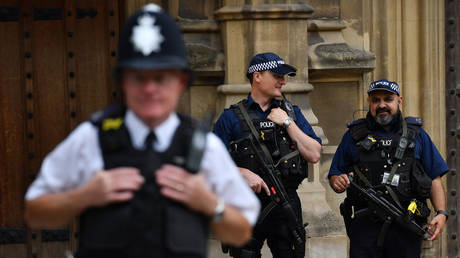 British police have been called to deal with a suspicious package which was found near an entrance to Britain’s parliament on Wednesday. The item was quickly deemed not suspicious.
Read Full Article at RT.com

Source: https://www.rt.com/uk/453178-suspicious-package-found-near-parliament/?utm_source=rss&utm_medium=rss&utm_campaign=RSS
Droolin’ Dog sniffed out this story and shared it with you.
The Article Was Written/Published By: RT