If your Android phone is your alarm clock, you can make it a lot smarter. Google’s Clock app now has Google Assistant-powered routines that can control your smarthome or play audio of choice when you wake up in the morning.

Get Routines Without A Google Home

Perhaps the most significant problem with alarms is that they are easy to snooze—multiple times. And before you know it, you’re running late, skipping breakfast, and hoping for a string of green lights so you won’t be late for work for the fifth day this week.

Smarthome routines can help with that problem; in fact, automation is still the real superpower of smarthomes. With a morning routine, a voice assistant can greet you, turn on the lights, raise the shades, and start reading the news, or playing music. Even if you snooze the alarm, the blaring lights and music will help you wake up.

But if you don’t own a Google Home, Lenovo Smart Clock, or Amazon Echo—or you don’t want such a device in your bedroom—then you’ll lose out on any of the audio portions of the routine. If you’re on Android, you can run routines without a Google Home in your bedroom thanks to an update in the Google Clock’s alarm feature. And it’s fairly straightforward to use.

Unfortunately, this feature is part of the Google Clock app, which isn’t available on the iPhone. You need an Android phone to do this.

How to Add Routines to Your Google Clock Alarms

To add a routine, open the Google Clock app and tap “Alarms” at the top of the screen. 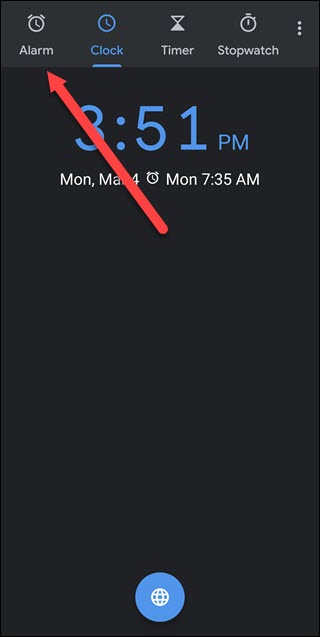 If you have an existing alarm you’d like to use, tap its down arrow. Otherwise, tap the plus symbol to create a new alarm.

Source: https://www.howtogeek.com/406742/how-to-set-up-routines-in-google-clock-on-android/
Proactive Computing found this story and shared it with you.
The Article Was Written/Published By: Josh Hendrickson