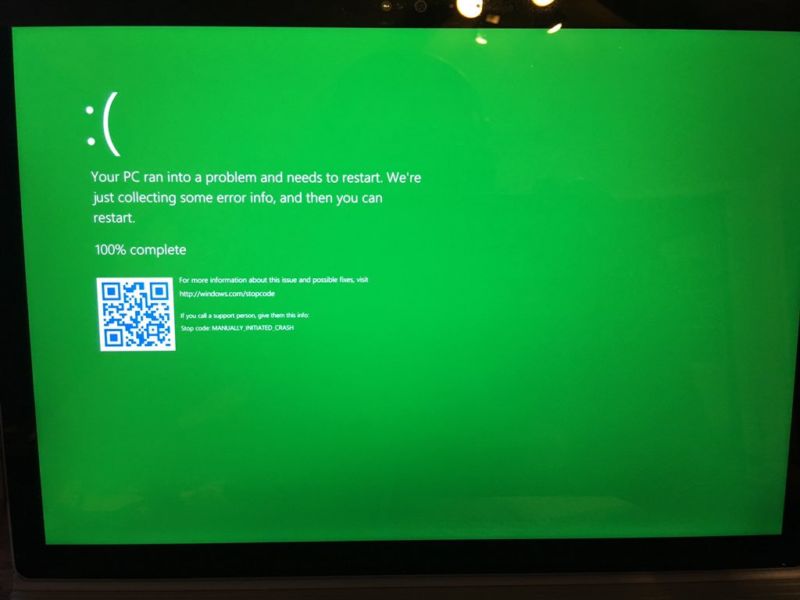 Enlarge / Preview releases of Windows have a green screen of death instead of a blue one so they can be easily distinguished. (credit: Chris123NT)

The Windows 10 Insider Preview Slow Ring—the beta track that’s meant to receive only those builds that are free from any known serious problems—hasn’t received an update for months. While the fast ring is currently testing previews of the April 2019 release, codenamed 19H1, and the even-faster skip-ahead ring is testing previews not of the October 2019 release, 19H2, but of the April 2020 release, 20H1, the Slow Ring is yet to receive a single 19H1 build.

This has prompted some concern among insiders that perhaps the ring has been forgotten about, and it has even caused a few complaints from companies that are using the Windows Insider for Business program to validate new Windows releases before their launch. Without Slow Ring builds to test, there’s nothing to validate, meaning that they’ll have to delay deployment of 19H1 once it ships.

(1/2)Many of you are asking why we haven’t released a #SlowRing flight in a while. We have a GSOD that’s caused by a very common scenario around gaming anti-cheat codes. Unfortunately the fix is in the hands of our 3rd party partner company that we’re working with them on…

(2/2) Looking at our #SlowRing population, MANY of you play these games so your machines would be very difficult to use–we are committed to releasing Slow builds that are high quality so this is why we’re holding the build

Microsoft’s Dona Sarkar, chief of the Windows Insider program, explained yesterday what the problem is, and in many ways it’s a throwback to Windows’ past, before the days of DEP and ASLR and PatchGuard and all the other measures Microsoft has implemented to harden Windows against malicious software: the build is crashing when some unspecified common anti-cheat software is used. Sarkar’s tweet says that the software causes a GSOD, for Green Screen of Death; the traditional and disappointingly familiar Blue Screen of Death, denoting that Windows has suffered a fatal error, is colored green for preview releases so they can be distinguished at a glance from crashes of stable builds.

Source: https://arstechnica.com/gadgets/2019/02/anti-cheat-software-causing-big-problems-for-windows-10-previews/
Proactive Computing found this story and shared it with you.
The Article Was Written/Published By: Peter Bright